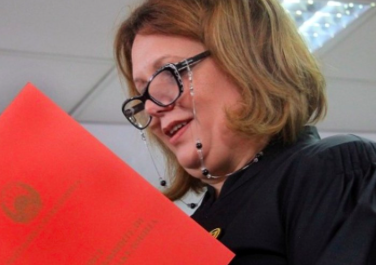 The prosecution announced on Nov. 26 that its inaugural investigation will be into allegations that former secret services chief Saso Mijalkov, a first cousin of the prime minister, took a bribe to smooth the procurement of surveillance equipment from an Israeli company.

Its second will be about alleged forgery of personal documents and breach of electoral rights. Accused in the case are Prime Minister Gruevski, his former minister of interior Gordana Jankulovska, and former minister of transport and communications Mile Janakieski.

Macedonia’s special prosecution, headed by the newly appointed Katica Janeva, began work in November with the task of investigating the cases that arose from a high-level political scandal earlier this year in which the ruling party VMRO DPMNE was accused of wiretapping more than 20,000 citizens.

A series of the alleged wiretap recordings were released by opposition leader Zoran Zaev throughout spring, sparking political tensions that saw thousands turn out to protest in the streets of the capital Skopje in May.

It was in April this year that opposition leader Zaev published telephone conversations on which Zaev claimed chief of secret police Mijalkov could be heard seeking a bribe to speed the purchase from Israel of € 14 million (US$ 15 million) of surveillance equipment.

Zaev’s party, the Social Democrats (SDSM), accused Mijalkov of wanting half a million euros from the Israelis just to begin negotiations.

On the tape, SDSM claims Mijalkov himself discusses the deal with an Israeli middleman and a newly appointed judge.

After Zaev published the recording, known in Macedonia as a “bomb”, the ministry of interior publicly claimed that the money was “a donation from our partner services in the Israeli government [to] the Interior Ministry”.

He added: “We bought equipment for the special police with this money.”

The Ministry also claimed that Zaev had compromised the identity of an Israeli government employee – the man heard on the tape.

However, journalists from NOVATV (an OCCRP partner) found evidence that the alleged middleman had left the Israeli government 13 years previously, and now works as a private contractor for an army supplies company.

Israeli media have also taken up the story, focusing on the alleged middleman as he refused to comment on the case. The Israeli government has also remained silent.

Macedonia’s interior ministry, meanwhile, has refused to present documents about the “donation”, claiming the papers are classified.

NOVATV reports that the company Mijalkov told the Israelis to funnel the money to is owned by a businessman closely linked to government officials.

As the special prosecution's case into the affair opens, Macedonian media have focused on several questions. Why would the Israeli government give a donation through a private company? If information about the donation is classified, then why did the chief of secret police discuss the matter with a judge without clearance on the telephone?

And why would the Ministry of Interior say the middleman apparently featured in the tape was an Israeli government employee, when the same person is quoted in the Israeli press saying he can't comment because he is "enjoying retirement"?

Opposition leader Zoran Zaev claimed earlier this year that the series of wiretap recordings that he released at press conferences throughout spring would show “how the group in power … has been rigging and stealing elections”.

Indeed, the material he then released added greatly to a public sense of shock and outrage that culminated in mass street protests in May.

In one tape, a voice resembling that of interior minister Gordana Jankulovska describes how the Interior Ministry “at the moment serves as the central headquarters for the election campaign of the ruling party, VMRO DPMNE”.

The woman on the recording also says she was only “cleaning the campaign spot” when foreign officials came to visit.

According to a SDSM statement on Friday, a series of recordings that appear to feature the Prime Minister speaking to top officials from the VMRO DPMNE suggest the party indulged in electoral fraud including use of fictitious voters, fake ID cards, the pressuring of individuals and firms, and misuse of police and administration.

In Macedonia’s most recent elections, the country received negative reports from pro-democracy organizations on the misuse of state resources for the ruling party’s campaign.

The Organization for Security and Cooperation in Europe (OSCE) accused the VMRO DPMNE of blurring the line between party and state and intimidating voters. It also noted several reports of fake voter IDs.

After a series of setbacks, the special prosecution team has moved into its new headquarters, but still lacks equipment, thus the interviews are being held in a hotel in Skopje.

Janeva was appointed as part of a political agreement reached on June 2. Her role is to investigate the cases that arised from a high-level political scandal in which the ruling party was accused of wiretapping more than 20,000 citizens.