An unprecedented cross-border journalistic initiative, called The MEPs Project, was launched on Nov. 20 to demand greater transparency about expenditure of allowances paid to members of the European Parliament (MEPs). 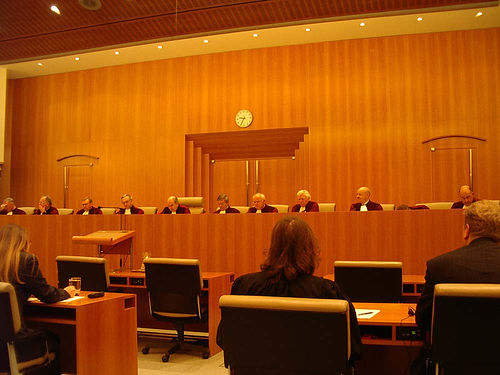 European Court of JusticeThe project was launched by journalists who tried to obtain access to the records of allowance spending but whose requests were met with refusal from the European Parliament (EP).

The decision to create a European-wide freedom of information initiative was made in June when journalists from every EU member state jointly requested access to EP documents showing how, when and for what MEPs spent their allowances.

In September 2015, the European Parliament denied all of the journalists’ requests on the grounds of personal data protection. It claimed that granting access to the documents would also require an excessively large amount of work since it does not hold the details of how MEPs spend their allowances.

The refusal prompted the 29 journalists from across the European Union to team up for the first time ever to file complaints with the European Court of Justice against the EP. The complaints were filed on Nov. 13.

Nobody appears to have been officially monitoring the spending.

Slovenian journalist Anuška Delić masterminded the initiative after being denied access to records of how MEPs from her country use their allowances, and is now the project’s leader. She says her team believes the documents are inarguably public records of a European body.

She adds: “We argue that the reasons given to the reporters for denying their requests have no basis in any European regulation.”

The project members point to the fact that MEPs, who are the only elected representatives of European citizens, have repeatedly voted down efforts to regulate this issue. According to them, the EP is failing in its declared purpose as a guardian of transparency, and is thus disregarding the Lisbon Treaty.

One member of The MEPs Project, Bulgarian independent site for investigative journalism Bivol.bg, an OCCRP partner, recalls that a year and a half ago it made its own attempt to gain access to the invoices of Bulgarian MEP Iliyana Yotova from the Bulgarian Socialist Party (BSP) in the EP group of the Party of European Socialists (PES). The attempt was made after Bivol obtained documents showing Yotova has billed the EP for the services of a company employing internet trolls to praise her work in media forums and social networks, at the same time disparaging Bulgarian European Commissioner Kristalina Georgieva (more information can be found here).

At the time, the EP refused to provide the invoices on the same grounds as those now challenged by the journalists from The MEPs Project in the European Court of Justice.

"What do MEPs spend their money on that they have to hide it?” asked Crina Boros, a London-based journalist, in an email to OCCRP. She covers the UK and Romania for the project.

“When courts forced the British Parliament to come clean on their MPs expenses, FOI releases brought to light misuse of public funds, leading to resignations and sackings,” she added.

“There's now an annual [release], with data available at a click of a button. We can’t trust that taxpayers' money is put to best use until the EP will be open to public scrutiny."

The full team statement and list of members are available here.