Talks are continuing over a European Union (EU) directive to protect trade secrets which contains legal provisions that could seriously impede the work of investigative journalists into corporate abuses. 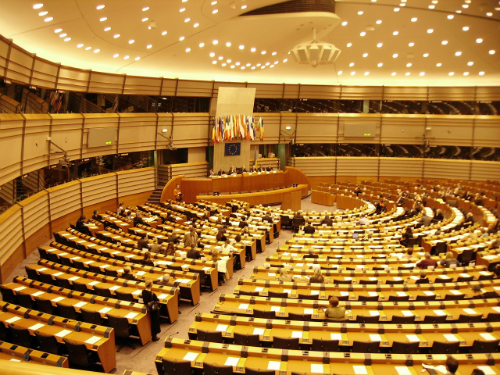 European ParliamentThe European Parliament, Council and Commission have been negotiating the draft directive which, if turned into law, could penalize journalists and media organisations not only for publishing documents that detail trade secrets but also for even getting hold of such documents, according to the European Federation of Journalists (EFJ).

According to an email to OCCRP from a European Parliament spokesman, no agreement has been made about the draft proposal of the law. A third round of negotiations closed in October, yet talks continue “behind closed doors.”

Last month journalism and media organisations voiced their opposition to the directive as it stands.

Utgivarna, a Swedish public interest media organization, published a statement calling for the directive to be rejected on the basis that it does not include guarantees to protect press freedom.

The statement, signed by CEOs and managing directors of Swedish broadcast and publication media companies, emphasizes that the proposed law risks causing self-censorship in the press since it puts the onus on journalists to figure out the “legitimate way to exercise the right to freedom of expression” to avoid prosecution.

“In its current form, the directive allows private enterprises’ interests to take precedence over free and independent journalism,” Utvigarna writes.

Their letter demanded “a clear and explicit exception for journalists” in the new law.

“This notion of a ‘legitimate use’ of a fundamental right is worrying,” says the letter, which goes on to call for the word “legitimate” to be removed from the directive.

Since the third round of negotiation talks between the three European institutions in October, no movement on the draft proposal has been made public, according to a European Council spokesman.

Last week, at a meeting of the European Parliament's Legal Affairs Committee, rapporteur Constance Le Grip said no substantial progress had been made but that since the negotiations in October “the Council and Commission have expressed a wish to make a new text proposal on a few issues.”

Le Grip stressed that transparency of information and ensuring freedom of press, “especially in regards to investigative journalists”, has been set out as a clear priority and one of the “red lines” in the discussions.

Le Grip added that dates for a fresh round of trilogue negotiations would be arranged at the end of November to discuss the new text of the directive.