The European Union (EU) has stepped up its efforts to investigate contracts won under suspicious circumstances by a firm linked to the son-in-law of Hungary’s prime minister, István Tiborcz, reports OCCRP partner Direkt36. 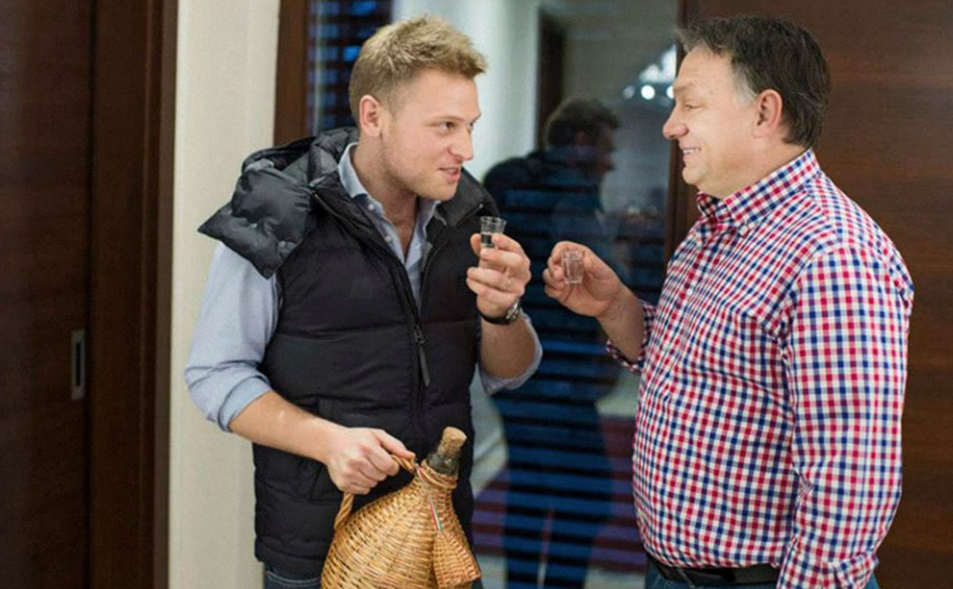 István Tiborcz (left), son-in-law of Hungary's Prime MinisterOLAF, the EU’s anti-fraud office, confirmed several months ago that they had launched a probe into projects awarded to a company called Elios Innovatív. These projects were almost entirely funded by the EU.

OLAF’s investigation is, however, not the only EU procedure in progress.

The European Commission’s Directorate General for Regional Policies secretly launched an audit of the same projects, reports Direkt36 based on information it received from the Commission.

If the audit, which began in June, concludes that irregularities or wrongdoing occurred, Hungary will face financial penalties and could even lose some EU funds.

Tiborcz sold his shares in Elios Innovatív in the spring of 2015, but most of the events investigated by the European authorities occurred while he was still a co-owner of the company.

Elios had won a series of public tenders for street lighting developments in several Hungarian cities, in most cases without facing any competition.

It was the implementation of these tenders that first came under suspicion but the investigators are also looking into how Elios carried out the projects, including the prices it charged for some of its products.

Direkt36 reported in June that Elios sold street lamps at an unusually high price, raising the budget of the projects.

The tenders are also being investigated by Hungarian police. The EU’s interest means, however, that the case involving a member of prime minister Viktor Orbán’s family is being scrutinized from several different angles, and by organizations that are independent from the Hungarian government.

The Hungarian police investigation was sparked by a report by Átlátszó, another OCCRP partner in Hungary, that pointed to a potential conflict of interest in the procurement process.

In several cases the official calls for bids on the tenders were prepared by a company whose co-owner also held shares in Elios, wrote Átlátszó.

Both OLAF and the European Commission stress that their probes are still in progress, the outcome not yet decided.

A Commission source told Direkt36 that the audit is still in a so-called contradictory phase, meaning that the Commission will discuss the matter with national authorities before coming to a final conclusion.