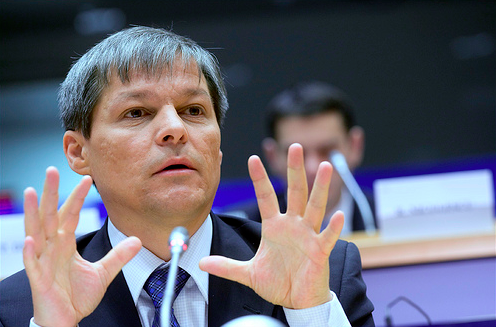 Dacian Cioloș, Romania's new PM.Ponta stepped down on Nov. 4 after mass anti-corruption protests against the government were triggered by a nightclub fire in Bucharest that killed more than 50 people and injured over 100.

Several arrests have been made over the allegedly improper issuance of permits to Club Colectiv, leading tens of thousands of activists to take to the streets, some holding signs with the slogan “Corruption Kills”.

New prime minister Cioloș has selected an interim government of technocrats (people chosen for their expertise rather than by popular vote), approved yesterday by Parliament with 389 MPs in favor. 115 lawmakers voted against the new administration.

President Iohannis held an official ceremony to swear in the new government, with their first cabinet meeting set for today.

Cioloş thanked MPs for their support, saying: “I believe that through this vote you fully  understand and accept  what we want to do, that you accept the openness that we offer regarding the legitimacy transferred by the Romanian Parliament to this government of technocrats, to be transformed in [terms of] efficiency and good results, and reassure the citizens that the governmental act is made for Romanians; and that this can help us to regain confidence in us and move on.”

Despite Cioloș’s victory, his new government has not escaped controversy. A few hours after he announced his proposed future government ministers, the new premier announced that one of his candidates would be replaced.

Andrei Baciu, put forward as new minister of health, was withdrawn by Ciolos after indecent images of the 29-year-old surgeon appeared online.

Another change was made after Ciolos proposed Cristina Guseth, long-time head of the Romanian branch of pro-democracy group Freedom House, as minister of justice. Ciolos withdrew her after criticisms that she had no legal training.The new prime minister announced her replacement by Raluca Plumb on Monday night on his Facebook account.

Dacian Ciolos, 46, is an agronomist engineer. He led Romania’s Ministry of Agriculture between 2007 and 2008, and in 2009 he became Commissioner for Agriculture and Rural Development in the European Commission.

By Ana Poenariu, in Bucharest