Macedonia’s EU accession process is at critical stage after “one of the worst political crises since 2001”, the Progress Report for 2015 prepared by the European Commission says. 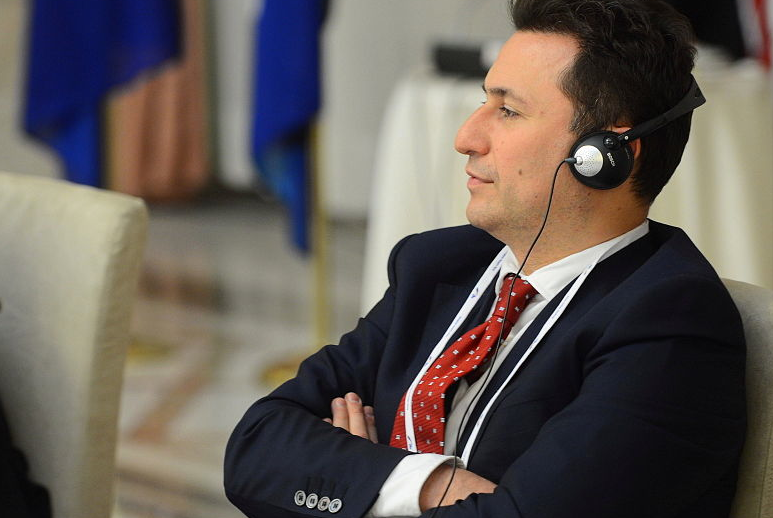 Prime Minister of Macedonia Nikola Gruevski In the light of this year’s wiretapping scandal as well as fragile ethnic relations, widespread corruption and a compromised justice system, the Commission recommends that to begin accession talks, an EU-brokered crisis agreement made in June must be implemented.

The report finds that key reforms in the areas of anti-corruption, rule of law, media, elections and fundamental rights need to be set on an urgent track if Macedonia intends to meet the condition for negotiations to begin.

The reports cites serious concerns over the intercepted communications scandal in which up to 20,000 Macedonian citizens were allegedly wiretapped and senior government officials were implicated.

“The crisis deepened further with the publication of intercepted conversations including senior government and governing party officials suggesting breaches of fundamental rights, interference with judicial independence, media freedom and elections, and politicization and corruption in various fields,” says the report.

Many of the critics in the report refer to the government’s failure to fight corruption, especially with the cases of high-level political corruption where the Commission notes a track record on effective prosecution needs to be established.

Control exercised over the judiciary and independent law enforcement institutions by the ruling parties is one of the hardest lines of criticism by the commission.

“Serious allegations against senior government officials have yet to trigger thorough investigations. This selective passivity raises concerns over the independence of the police, the Public Prosecutor’s Office and the State Commission for the Prevention of Corruption (SCPC),” says the report.

“Widespread allegations of politicization and of political interference by the executive and the ruling political parties in the work of the law enforcement agencies and the judiciary need to be addressed.”

The report indirectly explains the need for a Macedonian Special Prosecutor to tackle the cases that came out of materials released in the wiretapping scandal.

“The content of the intercepted communications has implicated members of 16 government and senior officials in abuses of power and corruption in public procurement, urban planning, political party financing and public employment, as well as in interfering in the independence of the judiciary, the media and elections. The reluctance of the relevant law enforcement bodies, including the Public Prosecutor’s Office, to follow up on these revelations in a swift and decisive manner is of concern,” it says.

Journalists under pressure and death threats

The Commission also details the difficulty of the media environment for journalists because of strong government influence and hostile attitudes towards critical voices.

“The freedom of expression and the media remains a serious challenge in the current media culture and political climate. The country continued to backslide over the past year,” says the report.

Several cases of attacks on journalists as well as death threats are cited as examples of an intimidating environment for critical journalists. The Commission notes concerns over the wiretapping scandal in the context of media, since it was revealed that journalist were under extensive surveillance – OCCRP reporters among them.

“There were several reports of intimidation and harassment of journalists, two reports of property damage and two death threats against journalists in 2015. Journalists continued to report a general climate of self-censorship and the publication of intercepted telephone conversations confirmed that journalists had been under extensive and unlawful surveillance for several years,” the Commission reports.

For the first time this year the Commission also included details of how pro-government media operates in Macedonia.

“The largest television outlets with concessions to broadcast nationally (SITEL, KANAL5, ALFA and MRT, the public broadcaster) favour the government and report selectively on opposition or civil society activities,” it says.

The funds used by the government to advertise in media are once again cited as a means for corruption of the media.

At a press conference on Tuesday with EU ambassador in Macedonia Aivo Orav, Prime Minister Nikola Gruevski did not comment on the criticisms contained in the report.

He said the Commission’s assessment was positive since Macedonia retained its recommendation for EU accession and that his true progress report would come from the people at the upcoming early elections of April 2016.

Gruevski said the best evaluation of the topics covered in the report would come from the people since they know best the daily challenges, cast of characters and circumstances of Macedonia's present situation.

In the past, PM Gruevski has given statements in which he implied that EU reports are often biased and innacurate.