The president of Moldova appointed an interim prime minister on Friday, after the country’s parliament voted to dismiss a Government led by the Liberal-Democrat Valeriu Strelet. 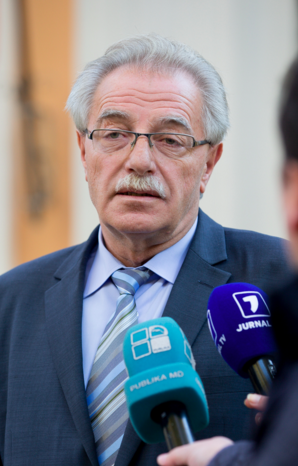 Gheorghe Brega The former government was ousted in a no-confidence vote last week, crumbling in the face of corruption allegations.

The Parliament of the Republic of Moldova is made up of 101 seats.

The proposal to dismiss Strelet’s government, put forward by Moldova’s Socialist and Communist parties, passed with 65 votes in favor.

After the dismissal of his government, Strelet told journalists: “The so-called corruption allegations [are] false and baseless.”

Strelet had been accused by political opponents of wasting time defending former premier Vlad Filat, who was arrested Oct. 15 in connection with the theft of US$ 1.5 billion from three of the country’s banks in 2014 (an event dubbed by media “the theft of the century”).

Prosecutors say Filat could face up to 10 years in prison. He is being held in custody while investigations continue, and denies wrongdoing.

Gheorghe Bregha, member of Moldova’s Liberal Party, has been an MP since 2009.

A new government must be approved by Parliament within three months.