An Azerbaijani journalist will be paid compensation after repressive government practices violated his human rights. 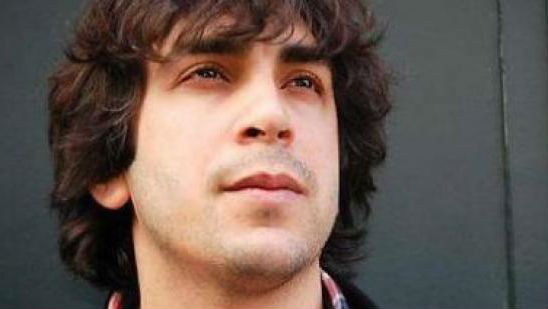 The court heard Khalil was beaten by agents of the Ministry of National Security in 2008 before being surveilled and stabbed, while government authorities refused to investigate.

Azerbaijan has made a unilateral declaration (an official admission) before the ECHR that it violated Khalil’s right to life, freedom from ill-treatment and freedom of expression, according to court documents.

According to Ramute Remezaite, a legal consultant for the European Human Rights Advocacy Centre, a unilateral declaration is not necessarily the best outcome in an ECHR case.

“While the government of Azerbaijan makes an admission to violating Khalil’s rights, the government avoids being subject to a judgment on the case,” she said.

Remezaite said that although that this was the first time the government of Azerbaijan had admitted to violating a journalist’s rights, without a judgment the ECHR is unable to set a precedent that Azerbaijan would then be required to enforce in future cases of rights violations.

Remezaite explained: “The implementation of unilateral declarations - unlike judgments - are not monitored by the Committee of Ministers, the supervisory body of the Council of Europe, which means that the government's efforts won't be adequately scrutinised."

The court heard that in February 2008, Khalil tried to take photos in Azerbaijan’s capital Baku for an investigative report when agents from the Ministry of National Security approached.

When he identified himself as a journalist, they reportedly beat him violently, punching him and kicking him in the head and chest. They also used his camera cable to try to strangle him.

Khalil escaped alive and managed to take photos of his attackers. Witnesses also recorded the beating on their mobile phones.

Khalil then took his complaint to police in order to prosecute the assailants.

The court heard that an unidentified official at the police station discouraged him from pressing charges but Khalil pushed forward with his case. However, in March 2008, the case investigator refused to initiate criminal proceedings. Khalil was not informed that the police were dropping his case.

An unidentified man began to stalk Khalil around the city on foot and in a Mercedes. He reported it to police who ignored his concerns, claiming he had no evidence.

A few days later, on his way home from work, Khalil was violently attacked by two men on the street and stabbed in the chest with a knife.

He was rushed to hospital. Witnesses identified two officials from the Ministry of National Security as his attackers.

Khalil claimed the Azerbaijani authorities attempted to cover up official involvement in the attacks and impede the investigation, falsifying evidence against him, claiming he was gay and that the attacks were a crime of passion.

The court heard that Khalil was detained, beaten again by security agents and forced to make a confession under duress. State media launched a smear campaign against Khalil to discredit him.

Determined to see justice done, Khalil said he lodged new complaints with the Prosecutor General’s Office, appealing his case each time an Azerbaijani court dismissed it.

After another attempted attack against him in the Baku Metro in May 2008, Khalil left the country fearing for his life.

While acknowledging that it had violated Khalil’s rights, the Azerbaijani government disputed some aspects of his version of events.

It stated that Khalil was not beaten by security agents either when he was trying to take pictures, or later when he was detained.

Khalil has expressed dissatisfaction with the government’s unilateral declaration.

He emphasized that the government had not clarified the measures it would take to restore his violated rights. He noted that the monetary compensation was low and commented on the poor human rights record of Azerbaijan.

Azerbaijan ranks among the bottom countries on the 2015 World Press Freedom Index published by Reporters Without Borders, at 162 out of 180 countries.