Swiss authorities have reportedly frozen up to 60 million francs (US$ 61 million) held in bank accounts belonging to Yelena Skrynnik, Russia’s former Minister of Agriculture, as part of a money laundering investigation. 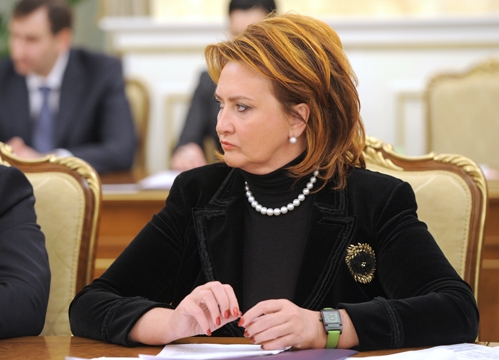 Yelena Skrynnik Switzerland’s Office for the Attorney General (OAG) confirmed to OCCRP that, with the recent cooperation of Russian authorities, it had been able to seize the assets of a former Russian minister of agriculture linked to a money laundering investigation opened in spring 2013.

According to a source who spoke to news agency Interfax, Swiss investigators have found that 2007 to 2012 Skrynnik’s various Swiss accounts received US $140 million from suspicious origins.

Skrynnik was formerly director general of Rosagroleasing, a state-owned company servicing Russia’s agricultural sector, from 2002 until shortly before her appointment as agriculture minister in 2009.

“I do not even have such money,” she said today.

Yesterday, media reported that Swiss prosecutors had been asked by Russian authorities to seize 12 million francs (US $12.2 million) in the accounts of the Skrynnik’s former deputy, Alexey Bazhanov.

Without naming Bazhanov, the Swiss OAG confirmed to OCCRP that, independent of criminal proceedings against the former agriculture minister, it is leading another case against a former Russian deputy minister of agriculture in cooperation with Russian authorities.

Russian law enforcement has accused a group of high-ranking officials and businessmen, including Bazhanov, of stealing 1.1 billion rubles (US $17.4 million) belonging to Rosagroleasing.

Of Skrynnik, an unnamed source from the Swiss prosecutor’s office told Interfax: "Swiss prosecutors and investigators working in contact with our Russian colleagues and intend to bring the case to court."