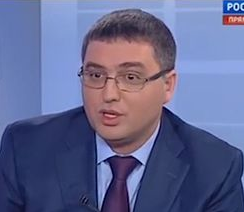 Renato UsatîiThe recently elected mayor of Balti, Moldova’s second largest city, was freed after a court in Chisinau rejected the prosecution’s request to extend his detention by 30 days.

Usatîi had been arrested on Oct. 23 at Chisinau airport on suspicion of violating privacy laws after he posted on Facebook what appeared to be a telephone conversation between former Moldovan prime minister Vlad Filat and an unnamed businessman.

Filat, who was arrested on Oct. 15 on suspicion of having taken a US$ 260 million bribe, has previously accused Usatii of being a front for Russian secret services and criminal gangs.

Filat claims Russia’s aim is to get Moldova to join its Eurasian Union instead of growing closer to the European Union (EU). Moldova signed an EU Association Agreement with Georgia and Ukraine in June last year.

Our Party was banned from taking part in last November’s parliamentary elections after allegations that it had received illegal campaign support from abroad.

Usatîi fled Moldova, but returned this summer to run for mayor of Balti. He won 72 percent in the first round of elections in June, and was sworn in in July.

Usatîi, who was relatively unknown before he emerged on Moldova’s political scene, was a close business partner of Russian Railways, the Kremlin-run rail transport monopoly.

Usatîi denies any link to the incident, which took place in London, and which Gorbuntsov survived. He told Bloomberg that Filat was behind the accusation.