An internal investigation at the Macedonian capital Skopje’s airport has been tasked with determining how the former Chief of Secret Police managed to pass through security with a gun that was later detected by Serbian authorities at Belgrade airport last week. 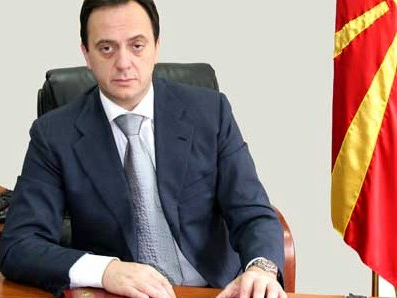 Saso Mijalkov“Every person who holds responsibility for this event will deal with the consequences according to company rules,” said a statement released by the firm TAV, which operates security at Skopje airport.

The fact that a passenger carrying a gun was able to board a flight was explained as human error by the company soon after the news was published on Friday.

Saso Mijalkov, the passenger in question, was detained for a short time at Belgrade airport last Thursday after a gun was discovered in his hand luggage at the airport.

Serbian airport authorities let him go but confiscated the gun, according to Serbian media reports.

Mijalkov confirmed the incident, claiming the weapon was legal and that he had forgotten it was in his bag.

He also confirmed that he was detained by Serbian police, giving a statement before being released.

Macedonian and Serbian media reported that high-level officials from Macedonia as well as the Serbian Ministry of Interior had made calls and even personal appearances at the airport in the aftermath of the incident.

Macedonia’s main opposition party, the Social Democratic Union (SDSM), accused the Macedonian Ministry of Interior of being afraid of Mijalkov and still regarding him as their boss despite the fact he is no longer Chief of the Secret Police.

The SDSM demanded to know how often Mijalkov had been able to cross borders carrying a gun, whether TAV can tell the Macedonian public whether Mijalkov passed through security or not.

Meanwhile, the Macedonian Ministry of Interior has remained silent.

The gun incident is the second scandal involving Mijalkov since he resigned from his position as Chief of the Secret Police in May this year.

At the beginning of this October, the Ministry of Foreign Affairs was reported to have issued him with a diplomatic passport despite the fact he did not fulfil the criteria.

After the allegation was brought to light by the Social Democrats, he reportedly returned his newly printed diplomatic passport.

Saso Mijalkov is the first cousin of Prime Minister Nikola Gruevski, in office since 2006.

During his tenure as Chief of the Secret Police, Mijalkov was considered one of the most powerful people in the small Balkan country.

His resignation in May was seen as step towards laying the groundwork for lifting the country out of the deep political crisis that descended after the SDSM issued a series of wiretaps which they said had resulted from the illegal surveillance of politicians, journalists and ordinary citizens by Mijalkov and Prime Minister Gruevski.