Clashes in Montenegro as Police Move to Break Up Protests

Police forces in Montenegro have been accused of using excessive force after they moved to end what had been a predominantly protest on Saturday morning in front of the Montenegrin Parliament in Podgorica. 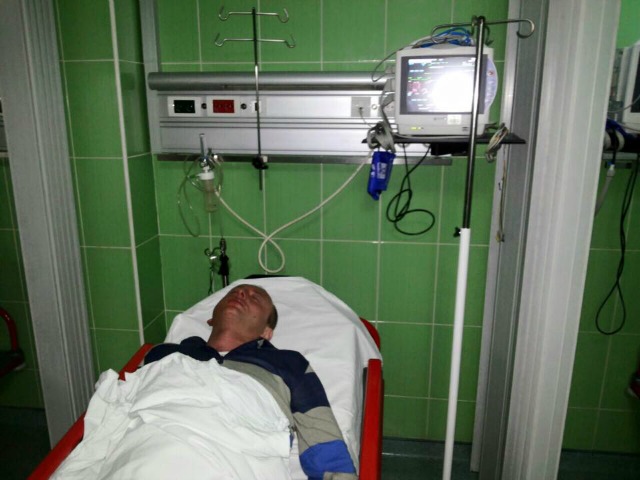 Milan Knezevic, leader of Democratic People's Party, was reportedly injured. Photo: Democratic FrontEarly Saturday morning, more than a hundred police officers entered the protesters’ camp in the street and public square in front of the Montenegrin Parliament to remove the stage, chairs and tents installed there by the protestors.

Some protesters resisted the operation, which resulted in 11 arrests including several MPs from opposition parties.

Squads of police in riot gear were accused of using excessive force after tear-gas was fired on the crowds, and several protestors reported injuries that landed them in hospital.

Two journalists were arrested while filming and reporting the clashes. The family of editor Gojko Raicevic of news website IN4S.net, which followed the protest from its first day, told media he had been beaten by police and required treatment at the emergency room.

Another journalist from Daily DAN was also reportedly arrested and detained for six hours after taking pictures and footage of the police removing the protesters’ camp.

On Saturday evening, the Democratic Front organized a protest walk through the center of the city, but police fired tear-gas and stun grenades on the marchers.

Members of opposition parties spoke out to condemn the use of excessive police force on protestors and called for the Police Director and Minister of the Interior to resign from their positions.

Human rights organizations and civic groups added their voices to condemnation of the police action, asking for a response from the Prosecutor General.

Police meanwhile said six officers had been injured during the operation and that tear-gas was used only when needed and in accordance with the law.

The demonstrations call on the government to resign and allow Montenegro’s first “free and fair” elections.

The government of Prime Minister Milo Djukanovic, whose business dealings feature in the award-winning OCCRP/MANS investigation Unholy Alliances, is accused by the Democratic Front of corruption and election fraud.

Senior members of the Democratic Front announced that protests would continue on Sunday.

By Dejan Milovac in Podgorica