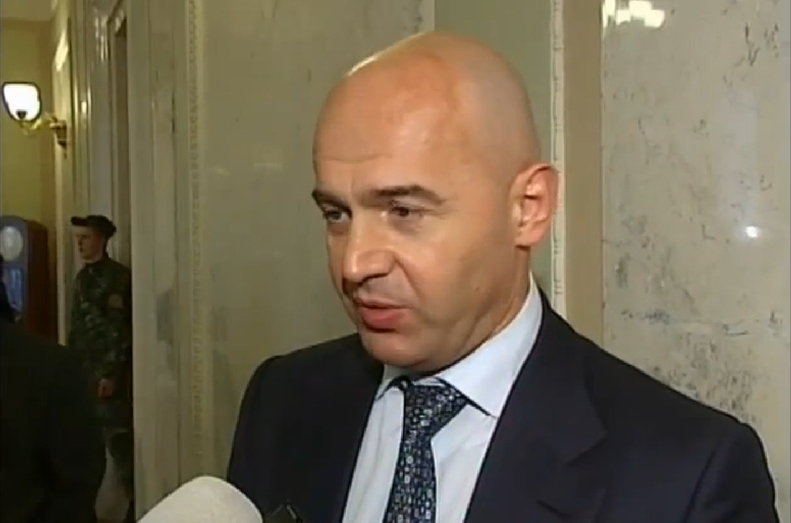 At a meeting of the Verkhovna Rada (Ukraine’s Parliament) anti-corruption committee, Nalyvaichenko revealed documents that he claims reveal Kononenko’s involvement in suspicious schemes.

The documents were originally obtained by British journalist Graham Stack and published on the Business New Europe news website on Oct. 9, Nalyvaichenko said.

According to the documents, between US$ 100,000 and US$ 300,000 was laundered every month through the Ukrprominvest group, which was created in 2005 by Kononenko and Poroshenko and liquidated in 2012.

Nalyvaichenko claims the Ukrprominvest money was moved to the British Virgin Islands through offshore companies Intraco Management Ltd and Ernion before winding up in Latvian and Austrian banks. Intraco pays for business jets used by Poroshenko, Nalyvaichenko said.

According to payment documents from Intraco, Dariya Kononenko, Kononenko’s daughter, received money for the services.

This implies that Kononenko is a provider of VIP business jet services to Ukraine's elite, Nalyvaichenko argued.

Nalyvaichenko said that he “trusts the journalist”, yet the authenticity of the documents shown by Stack “should be checked.” He said he had already filed a request with the Prosecutor General’s Office to launch a criminal case.

Kononenko, whom analysts believe to be the most influential lawmaker in the president’s party, brushed off the accusations.

He said he was not an owner or chief executive of the companies.

“The origin of the documents is not known to me. Those are just transfers by payment order, they don’t bear my signature. Those are not billing documents,” Kononenko said at the committee meeting.

Kononenko said he had also visited a prosecutor’s office in Kyiv to give his version of the case.

He also called on Nalyvaichenko to check his tax returns, adding that he had been a rigorous tax payer since 1999: “I have paid some US$ 20 million to the state during these years, which is almost 450 million Ukrainian hryvnia now. I can provide you with all the documents.”

Kononenko said it was “suspicious” for such accusations to show up before the local elections, set for Oct. 25.

“[They] want to discredit me personally and our [the Petro Poroshenko Bloc’s] political force,” Kononenko added after the meeting.

The Ukrainian state has struggled to combat widespread corruption and it is often cited as a key topic in the country's politics.

Transparency International ranked Ukraine 142 out of 175 countries in its 2014 annual corruption survey, showing that the country's efforts to battle endemic graft are in an embryonic stage.

In Ukraine, analysts claim many state jobs are underpaid, meaning some citizens make up the difference between their salaries and the cost of living through corruption.

Recently the US ambassador to Ukraine Geoffrey Pyatt accused the country’s Prosecutor General’s Office of obstructing efforts to investigate its own employees and combat corruption.

By Olena Goncharova in Kiev