Prosecutors from Romania’s National Anti-corruption Directorate (DNA) have detained deputy chief of the Bucharest Police, Roberto Stefan Ababei, on suspicion of influence peddling, misuse of power, and accepting € 13,000 (US$ 14,812) in bribes. 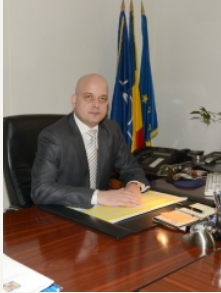 The arrest is one in a recent spate of corruption cases in Romania, which has been under pressure from Brussels to crack down on graft since it joined the EU.

Ababei is thought by prosecutors to have taken the bribe in two instalments earlier this year from a private company being vetted by the Economic Crime Investigations Department.

Two company representatives were being investigated by the department for suspected tax evasion at the time, reports local news agency Mediafax.

In return, he allegedly promised to secure them a favorable result.

The DNA did not name either the company or the two businessmen involved.

Ababei has been in post since February 2013. He previously headed the District 2 police and was also employed at the Economic Crime Investigations Department, according to the Romania Journal.