A government decree in Russia has ordered a crackdown on counterfeit alcohol products to battle the rise of the illegal liquor trade. 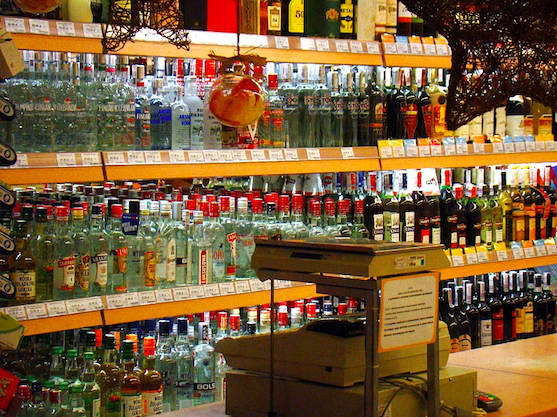 The order, made Monday by Russian Prime Minister Dmitry Medvedev, tells the country’s alcohol market watchdog to destroy undocumented alcoholic products with an alcohol content above 25 percent, along with any manufacturing paraphernalia.

It has not yet been confirmed how the watchdog, the Federal Service for Alcohol Market Regulation, will set about destroying the confiscated booze.

Russia’s Interior Ministry has been accused of ineffectively tackling a rising tide of fake liquor, the Moscow Times reports.

The Ministry, which until now has been responsible for controlling the counterfeit alcohol trade, used to seize fake products and send them back into the production chain via to chemical plants.

However, the alcohol would often reappear in the black market, reports the Moscow Times.

After that approach failed, the confiscated materials were stored in warehouses for later destruction.

But that approach doesn’t seem to have worked either.

Reports from the Federal Service for Alcohol Market Regulation say that that more than half the alcohol consumed in Russia in 2014 was either made or distributed on the black market.

The rise in fake product followed a period in which the price of alcohol dramatically increased.

Over the past few years, the price of a liter of vodka has doubled to about 220 rubles (US$ 3). The cost of alcohol in Russia is reportedly five to eight times higher than other countries, when the average income of a Russian citizen is taken into consideration.

300 liquor plants in Russia have lost their production licenses for sanitary violations and other failures to comply with regulations.

In the first five months of 2015, 21 million bottles of alcoholic beverages were intercepted by the market watchdog – three times the quantity confiscated in the same period the previous year.

Consuming counterfeit alcohol poses health risks and can even be life threatening.

Figures published by Rosstat say that 15,400 people were poisoned by alcohol in Russia last year.