Dragoslav Kosmajac, the man who was accused by the Prime Minister of Serbia of being the country’s most prolific drug dealer before being cleared in a police investigation, has been charged with abuse of power linked to the improper registration of property. 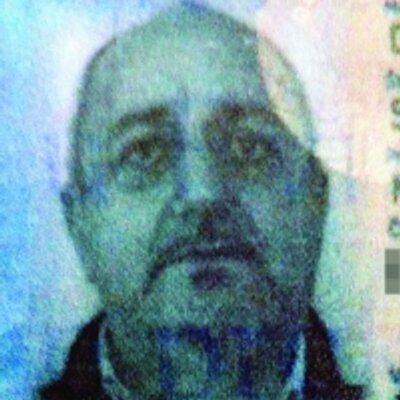 Dragoslav KosmajacProsecutors believe Kosmajac defrauded the Serbian state of about € 95,000 (US$ 108,000), according to an indictment filed earlier this month.

The Republic Geodetic Authority, responsible for the land registry, had a contract with a private company to perform some of its administrative duties.

Kosmajac made a deal with one of the employees of that company to register him as the sole owner of a 7.5 acre plot of land in a Belgrade neighborhood, despite the fact he was not, says the prosecutor.

Senior officials had hoped in the past to expose Kosmajac for drug-related crimes, but failed to gather enough evidence.

At a press conference in June 2014, Serbian Prime Minister Aleksandar Vucic claimed Kosmajac was the biggest drug dealer in Serbia. “No one but me even dares to mention his name,” he said.

“Everyone fears him and keeps quiet about the fact that people from the police and other departments have contact with him. I ordered him caught, but it has not been done,” Vucic added.

Kosmajac left Serbia after the Prime Minister's speech. Minister of police Nebojsa Stefanovic then formed a group of ten officials including members of the cabinet, police force and the Sector of Internal Control.

The group was to explore the Prime Minister’s allegations relating to Kosmajac’s “possible criminal activities”.

A few months later, Kosmajac returned to Serbia. He was arrested last November in his home as police broke into his house during the night.

Kosmajac was held in custody for three months, during which time the High Court in Belgrade temporarily seized 24 items of his property including buildings and plots of land. He was then released on bail and is now held under house arrest.

Police failed to prove Kosmajac had ever been involved in drug trafficking and organized crime.

However that has not stopped prosecutors from filing last week’s criminal charges against him in connection with the more minor land-registry offense. If convicted he faces two to 12 years in prison.

Kosmajac’s lawyer Djordje Simic said there was no evidence to prove wrongdoing by his client. He also denied Kosmajac had ever been involved in drug-related crimes.

According to police reports and sources, as well as court testimonies, Kosmajac was major cocaine trafficker in the Balkans – but he has never been charged or arrested for any drug-related offense.

The White Book of organized crime, leaked from the Serbian police in 2001, alleged that Kosmajac was linked to an international drug smuggling group from South America where he organized the transport of vast quantities of cocaine to Europe.

He also allegedly trafficked heroin from Turkey, Bulgaria and Macedonia to Europe.

“He himself never comes in contact with the narcotics nor the persons who directly perform these tasks,” said the police report.

Kosmajac was, according to police, the main drug supplier of Ljubisa Buha Cume and Dusan Spasojevic, former leaders of two most powerful criminal groups in Serbia – the Surcin and the Zemun clans.

Two former members of the Zemun gang testified in court that the Surcin clan purchased narcotics from Kosmajac.

One of the two witnesses also testified that the weapons stolen by criminals from the police station during Serbia’s October Fifth Revolution in 2000 were taken to the house of Kosmajac.

Kosmajac is also reported to have indirect connections to Darko Saric, who was convicted of cocaine trafficking in a first-instance ruling this summer.

Boban Stojiljkovic, who was sentenced to 11 years in prison as part of Saric's group, was the owner of the apartment in the Slovakian capital Bratislava where both Saric and Kosmajac held permanent residence (at different times).

Kosmajac has served two prison sentences – in 1973 he was given six years for robbery and attempted rape, and in 1977 he was sentenced to a further six years and three months in prison.

According to the business registry, there is only one company that belongs to Kosmajac. Until 2007 he was the owner of the restaurant Lazarus in the Belgrade neighborhood of Zvezdara.

By Stevan Dojcinovic and Bojana Jovanovic in Belgrade