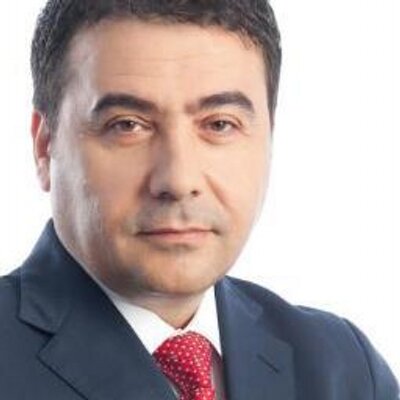 Stelian Fuia. Picture: TwitterHe was convicted of illegally selling off state-owned assets, robbing the state’s coffers of more than € 362,000 (US$ 430,000).

At the time of the offence, he was director of state-owned agricultural facility the Research Station for Medicinal Plants.

When he became director in 2005, the research center already had an agreement with company Procera Agrochemicals SC that the firm would cultivate a slice of land owned by the facility, keeping 700 kg of wheat per hectare in payment.

Fuia's brother-in-law was a shareholder of the firm.

Fuia, whose brother-in-law was a shareholder of Procera Agrochemicals, then changed the contract so that instead of being paid in kilos of wheat, the firm would be paid in cash.

As a result, the research center quickly sank into heavy debts, and a court bailiff ruled that the facility’s assets would be auctioned off to pay their debt to Procera Agrochemicals.

Livia Saplacan, spokeswoman for Romania’s National Anti-Corruption Directorate (DNA), told OCCRP that it was not an unusual case for Romania.

She said the conviction was part of a concerted anti-corruption drive unfolding in the country.

The case will now pass to the High Court of Cassation and Justice, Romania’s supreme court.

Fuia’s brother-in-law Daniel State, shareholder of Procera Agrochemicals, was also sentenced to three years in prison for complicity in abuse of office, along with company director Dragos Alin Paraschivoiu and bailiff Constantine Oprişan.

The Bucharest Court of Appeal also ruled the state should recover the properties and compensate current owners.