Peaceful anti-government protests, which have blocked a main street of the capital Podgorica for more than a week, are now spreading to other areas of Montenegro. 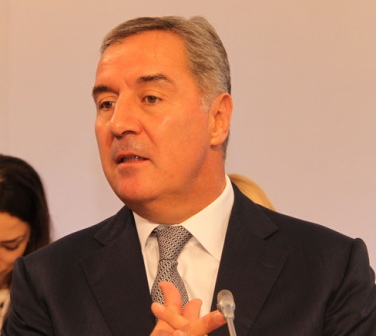 Milo DjukanovicDemonstrations that began 11 days ago to demand the dissolution of the government were rolled out to 14 Montenegrin municipalities on Monday by opposition coalition the Democratic Front.

The protests first began on the evening of Sept. 27, when the Democratic Front (DF) staged a 24-hour vigil in front of the Parliament building to call for Prime Minister Milo Djukanovic's government to step down.

They demanded that an interim government to take charge until early and fair elections can be organized.

The protestors accuse Djukanovic and several of his associates of financial crimes and election frauds.

Al Jazeera reports that between 3,500 and 5,000 people turned out on the first day. According to a DF statement the following day, it was the largest political gathering of its kind since Montenegro's controversial independence referendum of 2006.

Protest organizers set up a crowdfunding website, Slobodatraziljude.me, to explain the reasons behind the protests and with the aim of raising € 20,000 (US$ 22,419) in support. According to the website, it had gathered € 8295 (US$ 9308) at the time of writing.

According to Interior Minister Rasko Konjevic, the protests have not yet seen any serious affray beyond minor provocations of police by protesters. He mentioned the policing costs of securing the protests amounted to about € 40,000 (US$ 44,839) daily.

Despite government calls to abandon the protests and return to Parliament, the Democratic Front announced that its support was growing and that they would not withdraw until their demands are met.

On Monday, expansion to municipalities across Montenegro suggested the Democratic Front's promise not to back down was firmly meant.

Although Djukanovic's government has branded the protests unconstitutional, undemocratic and anti-NATO, it did grant the Democratic Front approval to set up a stage and protest for an initial week on Sept. 27.

The Democratic Front has since asked for the approval to be extended for another week, and also asked for permission to block traffic at the boulevard in front of Parliament in Podgorica. No decision has yet been reached, but more than 200 campaign tents have beenin place there and in the nearby city park since Sept. 27.

This led the government to argue that the Democratic Front's continued protest is unauthorized. They claim the request for approval is incomplete and has was not requested in a timely fashion.

For its part, the Democratic Front said it would continue demos across Montenegro with or without permission.