Bulgaria’s Interior Ministry has launched an ambitious new scheme to prevent and combat corruption in the police force through a set of wide-ranging measures from compulsory property declarations to lie detector tests and integrity testing. 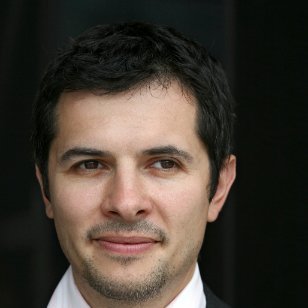 An online system to analyze and verify the property declarations of all 47,000 employees of the Interior Ministry will be up and running by the beginning of 2016.

Until now, these declarations have been checked only in the case of an internal investigation or reason to suspect wrongdoing. If and when the Parliament adopts the anticipated Anti-Corruption Act, a mechanism for identifying conflicts of interest will also be added to the system.

According to Gunev, corruption is most common among traffic police officers. He called for urgent, radical measures.

With the help of European Union (EU) funds, the Interior Ministry plans to equip all police cruisers with cameras. 120 have already been kitted out this year. Amendments to the Road Traffic Act will include moving the entire traffic sanctions process online - from the imposition of fines to their payment, where all traffic police patrols will have to work with tablets.

The initial registration of vehicles and the issuing of special license plates (such as for the handicapped) and gun permits, among others, will also be done online. On top of tackling corruption, these measures are expected to reduce the number of police employees involved with desk work.

Meanwhile, out on the beat, a pilot project will also put cameras on the uniforms of patrolling officers.

Another measure to deal with the persistent and widespread problem of bribery is so-called integrity testing, aimed at identifying employees who may be prone to corruption. As a first step, traffic and patrol officers will be asked to take the test, to be followed at a later stage by all police employees.

Further initiatives include the rotation of police officers between different precincts, including those of border police in order to curb the illegal trafficking of migrants. Lie detector tests will also be introduced in cases where there is reason to suspect wrongdoing by an officer.

In terms of structural changes, the Ministry of the Interior together with customs and the National Revenue Agency will introduce a system of traffic management to automate and improve the operation of the cross-border checkpoints and substantially restrain the scope of corruption there.

This is just the first in a raft of anti-corruption plans in the health, energy, agriculture, transport, tax and customs administration sectors that are expected to be finalized by the end of October by the National Council on Anti-Corruption Policies and National Strategy for Combating Corruption 2015-2020.

Police corruption in Bulgaria is widespread, but largely unreported. Arrests and criminal prosecution of police employees have proven ineffective, with most cases being terminated and the officers released. On Sept. 17, in the most recent operation, the police chiefs of two towns and three police officers were arrested on suspicion of corruption. They were released the next day. The case is pending.

Deputy Minister Gunev admits that the new plan targets mass police corruption, meaning it could be some time before the measures reach the moles of organized crime, oligarchs and politicians in the senior police management.

Media in Bulgaria write that nevertheless the latest police reform sounds bold, and if just 20 percent of the plan is accomplished, the effect will be visible and reduce the sense of impunity among people in uniform. It is expected that the measures will be met with strong resistance by police employees and for this reason they have been prepared almost in secret during the summer, independently from the police sectors they will affect.

In 2014, Bulgaria ranked lowest in the group of European Union countries and 69th among 175 countries worldwide in the annual Corruption Perceptions Index published by Transparency International.

Monitoring by the Sofia-based Center for the Study of Democracy shows that in 2014 corruption in Bulgaria reached its highest level since 1999, with a record 29.3 percent of the adult population admitting participation in corruption schemes.