Russian Whistleblower ‘May Have Been Murdered by Spies’, Says Barrister

A Russian whistleblower who died unexpectedly while jogging may have been poisoned by Russian spies with a rare toxin from the gelsemium elegans plant, a pre-inquest hearing was told on Monday. 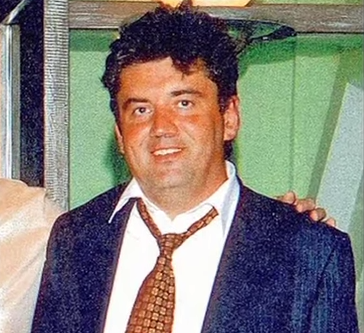 His death was initially attributed to natural causes as police rejected claims of foul play.

Later, an expert in plant toxicology discovered traces of the highly poisonous chemical compound in his stomach, the Guardian reports.

Perepilichnyy, who reportedly received death threats for blowing the whistle on an alleged multi-million dollar tax fraud scheme by Russian officials, was said to be healthy prior to the incident.

Not long after Perepilichnyy’s death in 2012, lawyers for the investment fund Hermitage Capital Management suggested the supergrass could have been murdered for helping them reveal the story of a stolen multimillion.

Perepilichnyy had worked with Hermitage Capital to expose a group of high-profile Russian tax executives, giving details of US$ 230 million allegedly embezzled in a huge money laundering operation.

A pre-inquest hearing was told Monday that Federal’naya Sluzhba Bezopasnosti (FSB), Russia’s security agency, could have been involved in his death.

Representing Hermitage Capital, Geoffrey Robertson QC told the coroner: “We will not be seeking to put forth any information that is irrelevant.

“The FSB is the core element of Russian Government that was involved in the [Alexander] Litvinenko case and may well be involved in this case. It is a secret service that Hermitage has upset and [has] left itself open to reprisals.”

Barrister Henrietta Hill QC claimed at a previous hearing that Perepilichnyy was on an underworld hit list.

She compared his case to those of Sergei Magnitsky, an auditor for Hermitage Capital who died in police custody, and Alexander Litvinenko, a murdered Russian spy who specialized in tackling organized crime.

Bill Browder, co-founder of Hermitage Capital, told the Guardian he had repeatedly told authorities that Perepilichnyy’s death was suspicious.

Browder claims he had been given unconfirmed reports that a needle puncture was found on Perepilichnyy’s neck.

However, the family of the late businessman has claimed there is no evidence to suggest Perepilichnyy was murdered.

A further pre-inquest hearing will take place in November and the full inquest is expected to begin, at the earliest, in February of next year.