Bulgaria’s National Assembly has shot down a piece of legislation that would help fight corruption at the country’s highest level upon a first reading of the bill. 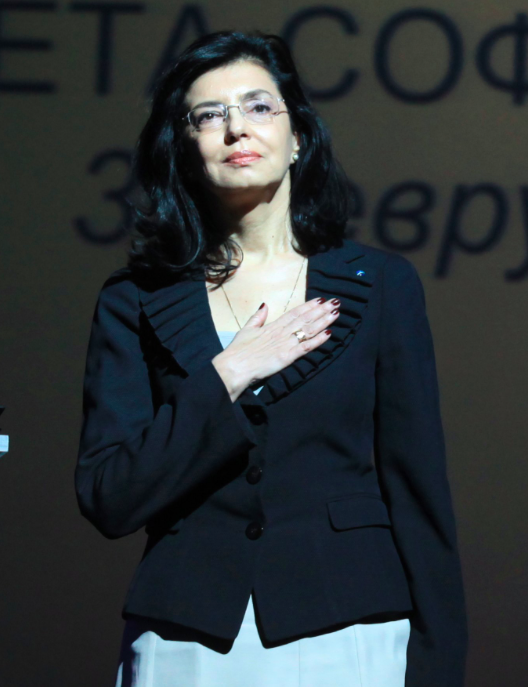 Author of the draft law, Meglena Kuneva.The rejection of the bill last Thursday, Sept. 3, is a setback for center-right Prime Minister Boiko Borisov and his party.

The European Commission (EC) has put pressure on Bulgaria to knuckle down on corruption since the country entered the European Union (EU) in 2007, issuing repeated warnings over widespread graft.

The EC’s annual monitoring reports have shown little progress in the country’s fight against corruption, in stark contrast to neighboring Romania, which has received international praise for its efforts to clamp down on high-level malfeasance.

The bill, written by Deputy Prime Minister Meglena Kuneva, received 101 votes in its favor, which is not enough to take the bill forward.

Members of Reformist Bloc and Prime Minister Borisov’s party GERB backed the draft law, while lawmakers from the two smaller members of Bulgaria’s four-party ruling coalition either opposed or abstained.

The bill proposed the creation of a National Bureau of Prevention Of Corruption that would periodically check into the property of officials and investigate possible conflicts of interest – a little like Romania’s anti-corruption agency, the DNA.

It would also allow probes to be launched on the basis of anonymous tips, according to the EU Observer, and aimed to address weaknesses in Bulgaria’s justice and home affairs system.

Kuneva believes that the bill “frightened a large part of MPs with the potential implications it could have on their interests and the interests of those whom they protect."

Opponents claim to have rejected the law for a different set of reasons.

Socialist leader Mihail Mikov claimed that the bill was made up of rhetoric but little substance. He said it was too flawed to win his support.

Ultra-nationalist leader Volen Siderov argued that the body could prove a “new Gestapo”, while other MPs said it would lead to an “apparatus of political repression.”

Borisov says he will resubmit the rejected anti-corruption bill to parliament ahead of the EU’s next monitoring report, due in January 2016.

Bulgaria scored 69th out of 175 countries in the 2014 Corruption Perceptions Index published by Transparency International, in which a higher ranking indicates a less corrupt state.