A Moscow court has ordered four Russian companies to pay 1.7 million rubles (US$ 25,178) in damages to the California-based Apple Corporation for illegal use of the Apple trademark and trading in counterfeit products. 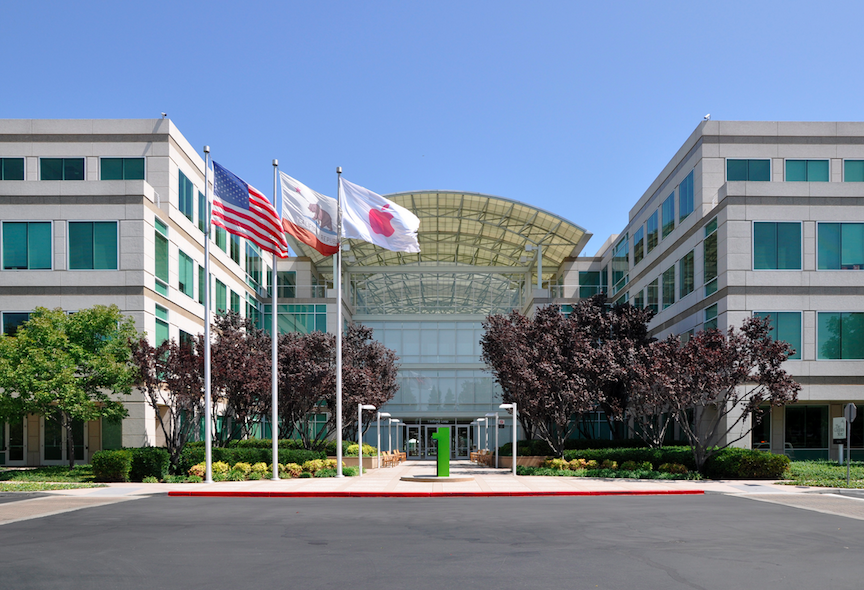 Apple Co. headquarters in Cupertino, California.In its Wednesday ruling, the court also prohibited the four Russian defendants – companies Argo, Madzhesta Plus, Profit, and Elektrotekhprom – from further use of all of Apple’s logos, including the iPad and iPhone brands.

The case stems from the activities of the website, apl-msk.ru, which sold fake products using the Apple brand name.

The court found that it was managed by the four defendants at different times.

Representatives from Apple said the Russian enterprise changed its domain name at least eight times during its lifespan, including to names apl-msk.ru and apples-msk.ru.

The fraud was first uncovered in December 2013, when the US firm hired investigators to purchase goods from the store to establish whether they were genuine.

Representatives from Madzhesta Plus objected to the verdict, saying wrongdoing hadn’t been proven and the amount of compensation awarded Wednesday was exorbitant.

They also urged the court to take into account the political situation between the US and Russia.

Russia-US relations have worsened since early 2014 when a conflict broke out in East Ukraine between Ukrainian government forces and pro-Russian rebels.

The US imposed sanctions on Russia over its annexation of Ukraine’s Crimean Peninsula.

In response, Russia has banned food imports from Western countries.

The four defendants in this case are not unique in their counterfeiting enterprises.

About 400 online stores in Russia could be making illegal use of the Apple name to sell their products, reports the Moscow Times.