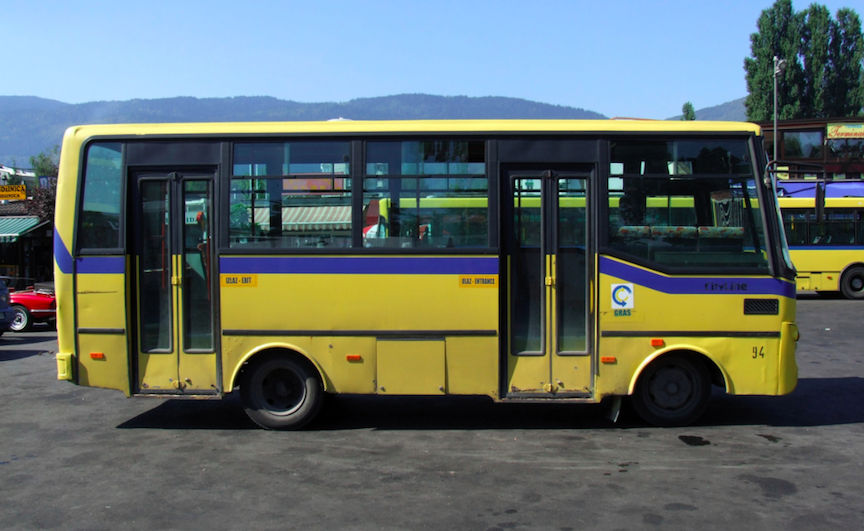 A Sarajevo public bus owned and operated by GRAS.State TV service BHRT reports that ex-general manager of GRAS, Ibrahim Jasufranic, along with two of his top associates, Branislov Petrovic and Abdulah Grdjo, are accused of abusing their authority and embezzling more than 100 million Bosnian marks (US$ 56,832,714) from the Sarajevo Canton budget.

While prosecutors have declined to describe the case in detail, Sarajevo Canton Prime Minister Dino Konakovic said the allegations partly related to irregularities in the state-owned firm’s public procurement.

"Even the birds in the trees know" about the abuse of procurement and funds in GRAS, according to Konakovic, who gave the example of managers ordering spare parts for buses that don’t exist.

Prosecutors yesterday applied to hold the defendants in pre-trial detention for a month. The courts were set to rule on it today.

Some have lauded the arrests as part of a broader effort by Bosnian officials to clamp down on corruption.

But others argue that the officials may have only now been detained in order to assuage public outcry.

Since then an independent auditor has identified numerous mistakes by management.

Poor management came close to bankrupting the company in 2006, triggering protests and forcing Jasufranic to resign.

However, no company employee was tried for wrongdoing at the time.

GRAS has issued a statement to say it “supported the work of the judiciary” but did not comment further.