Ukrainian politicians and officials are pushing this month to establish a new agency to help the country recover and return stolen assets more quickly. 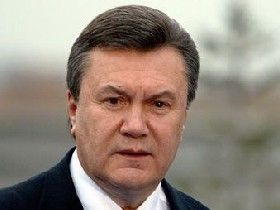 Former President Viktor Yanukovych is suspected by authorities of embezzlementThe proposed Agency on Tracing and Managing Proceeds of Corruption is the latest initiative by Ukraine’s Justice Ministry, General Prosecutor’s Office, and the Center for Combating Corruption, and follows consultations with Ukrainian investigators, prosecutors and international experts.

On Aug. 19, the Ukrainian government approved a draft law which, if passed in Parliament, will establish the agency. It will also identify legislative loopholes and barriers towards Ukraine’s asset recovery and management.

“Without an agency, the confiscation process won’t start at all. It doesn’t work so far,” said Vitaliy Shabunin, head of the Center for Combating Corruption's executive board, who hopes the agency will be in operation by next spring.

“During the last six months [only] Hr 8,000 (US$ 365) were repatriated to the state budget – after more than a year-long investigation on former President Viktor Yanukovych and his cronies,” he told OCCRP.

Hanna Hopko, an independent lawmaker, said she and other backers of the new agency will insist that Parliament votes on the law this month.

“We often hear people around the world saying, ‘Provide evidence and we will refund you the arrested assets of Yanukovych and his officials.’ And the creation of this agency is one of the demands of the European Union,” said Hopko.

Dariya Kalenyuk, executive director of the Center for Combating Corruption, explained that the agency would not “replace thework of law enforcement offices of Ukraine,” and would not conduct criminal investigations; but would work with investigators and prosecutors to trace ill-gotten assets quickly.

“The agency will ensure both professional and timely asset assessment and recovery and managing them during trial and pre-trial investigation and obtain confiscation orders in courts,” Nataliya Sevostyanova, deputy justice minister, was quoted as saying.

The self-funding agency would take on some 100 employees through an open recruitment procedure.

The agency will have the right to sell certain seized assets if the owner or court gives consent, according to Vitaliy Kasko, deputy prosecutor general.

The proceeds of sale will go to a special deposit account of the agency and earn interest, which will end up in the state budget – so the agency will ensure that Ukraine receives a return from proceeds of recovered assets.

A special budget fund will get 25 percent of all assets recovered by the agency, which will be spent on the work of agency on asset management, and used for the needs of criminal justice of Ukraine.