A Slovakian gang with a United Kingdom (UK) base in Gravesend has been convicted of trafficking women from Slovakia to Great Britain for profit, the Slovak Spectator has reported. 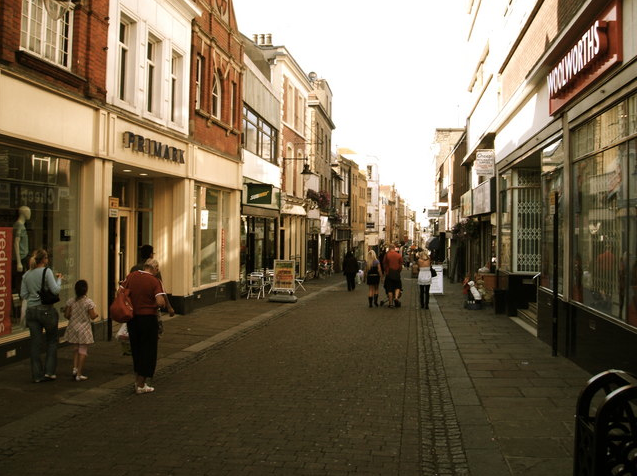 High Street in downtown Gravesend, England.The three women were lured to the UK with the promise of legitimate work, the news portal reports.

The victims were transported to the UK from Slovakia by an organized trafficking ring headed by Tibor Súchy, who in 2013 was jailed for 10 years on trafficking charges.

The perpetrators convicted Tuesday include Roman Ziga, 26; his brother Josef Ziga, 28; and Igor Boros, 43, who police say are all of Roma origin. They pled guilty to trafficking the three victims at the Old Bailey.

They will be sentenced at a later date.

The women were treated ‘like pieces of meat,’ according to Breaking News Ireland.

One victim was promised packages of fruit by the gang, but after arriving in Britain was forced into prostitution and eventually sold to an Indian man for € 4,256 (US$ 4,743).

The gang brought at least four Slovakian women to the UK and sold them to Indian and Pakistani men seeking legal status. As Slovakians, the women hold EU citizenship. Súchy kept the women in Gravesend until he found them bridegrooms.

The ring was uncovered after one woman was raped and badly injured by her Pakistani  “husband”. While she was being treated by paramedics at her home, she told them she had been sold to her attacker for € 4,500 ($5,015) just days before the rape.

Súchy, his wife Viktória Sanová, and his brother-in-law, René, pled guilty previously in connection with that case.

Addressing the Ziga brothers and Boros, Judge Michael Topolski called their actions “a modern form of slavery,” says The Daily Express. "You treated women as objects for profit. The task before me now is to decide how long each of you will serve in prison."