The Sarajevo-based Center for Investigative Reporting (CIN) has published the results of a three-month investigation into property owned by the family of Dragan Covic, the Croat president of Bosnia and Herzegovina (BiH). 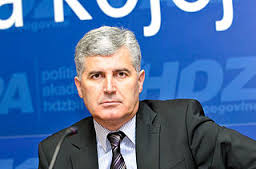 Dragan CovicIt turns out that Covic's family owns a lot.

According to the 1995 Dayton peace agreement, the BiH presidency is shared by three individuals, representing the country's major ethnic groups – Bosniacs, Croats and Serbs. Covic is the head of the Croatian Democratic Union (HDZ).

CIN's investigation probes the complex ways property owned by Covic's family members, which was at times worth hundreds of thousands of Bosnian Marks, switched hands among them since 1998. Beginning in 1997, when Covic was the general director of an arms factory, it covers the turbulent time when he served as Finance Minister of Bosnia's Federation entity (FBiH), on up to the present.

Over the years Covic was indicted three times in connection with a variety of financial transactions but ultimately cleared.

In one case, prosecutors alleged that Covic and Matan Zaric, acting as members of the Board of Directors of the Mostar-based Croatian Posts and Telecom, transferred the company's debt of 4.7 million BAM (US$ 2.6 million) to three private firms. The three companies paid the debt and became majority owners of the telecom.

The court declared the transactions void, but the indictments against Covic and Zaric were dropped when the statute of limitations expired.

In another case, Covic was accused of enabling the Lijanovic meat processing company to avoid almost 39 million BAM (US$ 22 million) in taxes. He received a five-year prison sentence, but was acquitted on lack of evidence on appeal.

In the third case, prosecutors accused Covic of colluding with the-then Prime Minister of FBiH, Edhem Bicakcic, of mismanaging 7.8 million BAM (US$ 4.4 million) in state funds to buy and renovate apartments for various government officials. Both were acquitted, again due to lack of evidence.