A court in Cologne has forced a regional newspaper’s website to unpublish more than 5,000 pages of leaked internal German military reports about Afghanistan, the Balkans and Uzbekistan. 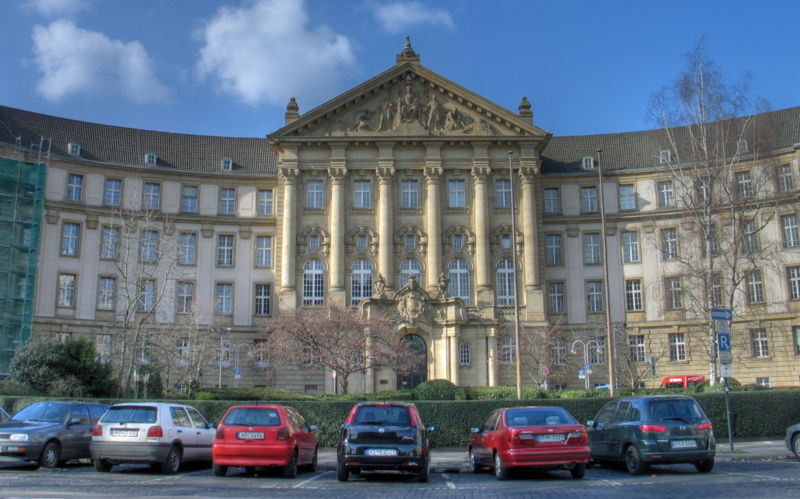 The Oberlandesgericht court building in Colonge © Wikimedia/SuperbassThe newspaper was told if it did not comply with the court judgment, it could be fined up to € 250,000 (US$ 272,725) and its editor-in-chief could face up to six months’ jailtime.

Unlike in many other cases of leaked military documents, Germany’s Ministry of Defence made no arguments about confidentiality, national security or state secrets: it claimed simply that it owned sole copyright to the documents and did not consent to their publication by the Westdeutsche Allgemeine Zeitung (West German General Newspaper, or WAZ).

The leaked documents comprised a set of briefing reports by the Ministry of Defence for use by Parliament, and bore the lowest level of classification.

The newspaper justified the publication on the basis that they carried a strong public interest and did not expose military details that could put German soldiers at risk.

Funke Group, which owns WAZ, announced that it would now take the case directly to the Bundesgerichtshof, one of German's highest courts.

Information rights analysts have pointed out that the European Convention on Human Rights calls for copyright matters to be balanced against the right to free speech in the press.

In any case, the court judgement may prove ineffective since the documents remain available on the website of a branch of Germany’s Pirate Party as well as on the website of the Press Freedom in Germany magazine.

The case comes in the wake of a highly publicized case in which Germany’s attorney general Harald Range was sacked following a public outcry after he launched an investigation into independent tech news outlet Netzpolitik for alleged treason.