Serbia’s Anti-Corruption Agency has launched proceedings against Muamer Redžović, chairman of the board of the Privatization Agency and advisor to Finance Minister Dušan Vujović, on suspicion that he violated an anti-corruption law. 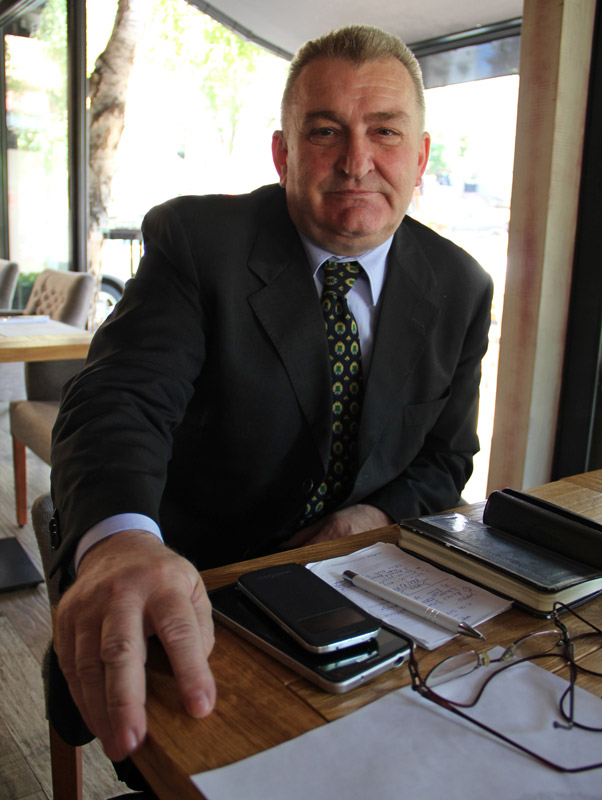 Muamer Redzovic. Photo: S.Dojcinovic.Under Serbian law, Redžović should have transferred the management rights of any company he controlled to other, unrelated parties within 30 days of taking public office. This is intended to prevent abuse of power by officials.

But investigators are probing whether Redžović did so on time, the Anti-Corruption Agency told reporters from OCCRP/KRIK.

Redžović became chairman of the board of the Privatization Agency in June 2014, and advisor to the Finance Minister in September 2014.

But, according to the Serbian Business Registers Agency (APR), Redžović gave up his position in private companies Evropa, Redeko and EU-Incotex just last week.

A request to transfer the management rights of Evropa was submitted to the APR on July 28, and accepted three days later.

Redžović submitted a similar request for Redeko and EU-Incotex on July 29 – the same day OCCRP/KRIK published a story about his business with crime figures: "Privatisation Agency Official in Deal with Šarić Associates."

The story reveals that, through the company Trgopromet (of which he is shareholder and member of the supervisory board), Redžović made deals with associates of the drug lord Darko Šarić who have been charged with money laundering.

The story also points out that Redžović’s assets declarations contained no information about his ownership of stocks and shares in any company – a fact confirmed to OCCRP/KRIK by the Anti-Corruption Agency.

It began to probe Redžović’s income and assets reports in early July, as well as allegations that he inform them within the legal deadline of his position as vice-president for development at the University of Novi Pazar.