Italian police have finally frozen € 11 million (US$ 12.2 million) in assets belonging to a businessman accused of working for organized crime and importing arms from Yugoslavia during the civil war of the 1990s. 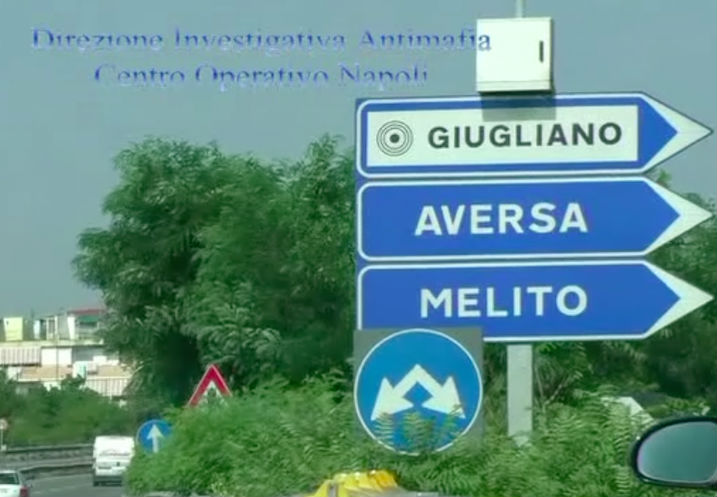 Anti-Mafia police on the road to AversaOn Tuesday, Italy’s Anti-Mafia Investigative Department issued a warrant for the seizure of companies, buildings, plots of land and cars belonging to Francesco Grassia and his family.

It was the latest development on the long and slow path of Italian justice. Grassia was arrested in 2000 and sentenced in 2001 for belonging to the Casalesi clan of organized crime.

He was also found guilty of extortion, money laundering and illegal possession of arms imported from the former Yugoslavia.

But, according to Italian law, the sentence must still be confirmed in the country’s High Court; a date has not yet been set.

The details of Grassia’s crimes tell how the Casalesi – a powerful clan of the Neapolitan Camorra – acquired a stranglehold on businesses in the beautiful countryside of Aversa in southern Italy, all the while buying smuggled weapons from the war in the former Yugoslavia.

A 2011 amendment to Italian forfeiture law that allows authorities to seize the assets of suspected organized crime figures paved the way for seizure of Grassia’s property. However, procedural delays – common in the Italian justice system – stalled the action until now.

Weapons from a War

Grassia is accused of having been an important business representative of the Casalesi clan. The group he worked with was made up of high-ranking clan figures: Vincenzo Zagaria, Francesco Bidognetti and Dario De Simone.

A key piece of evidence against him is the testimony of De Simone, one of the Casalesi’s highest-ranking figures. Facing justice in connection with a string of murders, De Simone testified for the authorities in 1996 in exchange for a lighter sentence. He would pay a heavy price for talking; his brother and brother-in-law were both subsequently murdered.

In a series of depositions, De Simone detailed Grassia’s involvement in the smuggling of arms from Yugoslavia – weapons to stock the arsenals of the Casalesi for retaliatory murders and self-protection.

“He was a true supporter who gave us hospitality, hid weapons for us and once even gave me a .22 Beretta and a .38 Smith and Wesson,” said De Simone in a 1998 statement.

The connection to Yugoslavia was a man called Andrea Autiero – one of the bosses of Gricignano, another municipality close to Aversa. Autiero would receive a life sentence as part of a 10-year-long series of trials known as “Spartacus”, which resulted in the convictions of 36 members of the Casalesi.

In his deposition, De Simone describes two deliveries arranged by Autiero in 1993. The first, made by a runner driving a Mercedes 500, included safari rifles, handguns, Kalashnikovs and ammunition. It was dropped off at a villa belonging to Grassia.

The second delivery was allegedly made by Autiero himself. He arrived in a Passat SW with six Kalashnikovs, six Skorpion rifles, Sig Sauer pistols and 20 packages of plastic explosives.

The arms, worth about 100 million lira (US$ 55,000), were shared between Dario De Simone, Bidognetti and another clan member. One of the Skorpion rifles was later linked by authorities to a murder.

In a hearing in January 2001, a prosecutor asked De Simone about the path of the weapons from Yugoslavia.

De Simone said Autiero had arranged the passage of the weapons over the border at Trieste, where he used to stay with relatives.

When they arrived in Aversa, De Simone unloaded the weapons along with two others. That was all he knew about it, he said.

He explained: “I remember that, but I do not know the channels that they used to carry these weapons because – to tell you the truth – I did not care that much.”

Grassia denies the charges and is appealing prior verdicts against him.