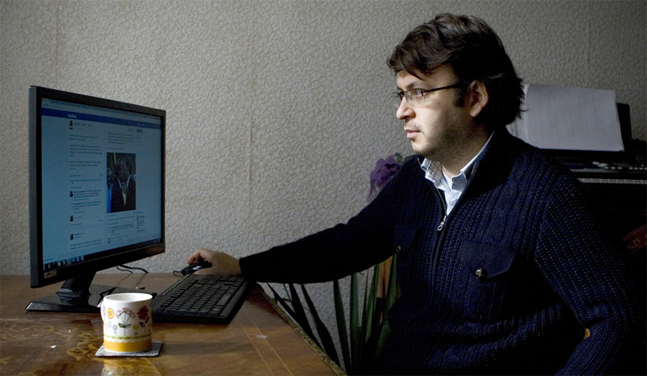 Emin MilliAuthorities in Azerbaijani have detained the brother-in-law of activist-turned-journalist Emin Milli.

It is the latest in a spate of arrests of the relatives of journalists and activists.

Milli, who is director of OCCRP partner Meydan TV, said his wife’s brother, Nazim Aghabayov, was detained on Thursday July 23 on suspicion of selling drugs.

Condemning the arrest, Milli commented: “It is [the] widespread practice of [President Ilham] Aliyev’s terror regime by now. They are punishing the relatives.”

On July 20, a nephew of opposition journalist Ganimat Zahidov was detained in Baku on suspicion of drug possession. If convicted, Rufat Zahidov faces up to 12 years in prison.

Police also arrested Zahidov’s cousin Rovshan, who was ordered to spend 25 days in administrative detention, and nephew Tural, who received a detention order for 30 days.

Back in March, Sirac Karimli – the brother of opposition activist Farac Karimli – was sentenced to six years in jail, also for possession of drugs.

Milli’s news website Meydan TV is based in Berlin, but staffers sometimes operate in Azerbaijan and report about public affairs in the country.

The media outlet has been targeted by authorities in the country on several occasions, including a recent case in which Meydan TV reporters were banned from traveling abroad.

Last month, Milli also reported that Azerbaijani Minister for Youth and Sport, Azad Rahimov, had threatened him through an intermediary.

Human rights activists claim there are about 80 political prisoners in jail in Azerbaijan.

Investigative journalist and OCCRP partner Khadija Ismayilova was detained in December and remains in jail, pending trial on charges that she and international organizations have described as bogus.