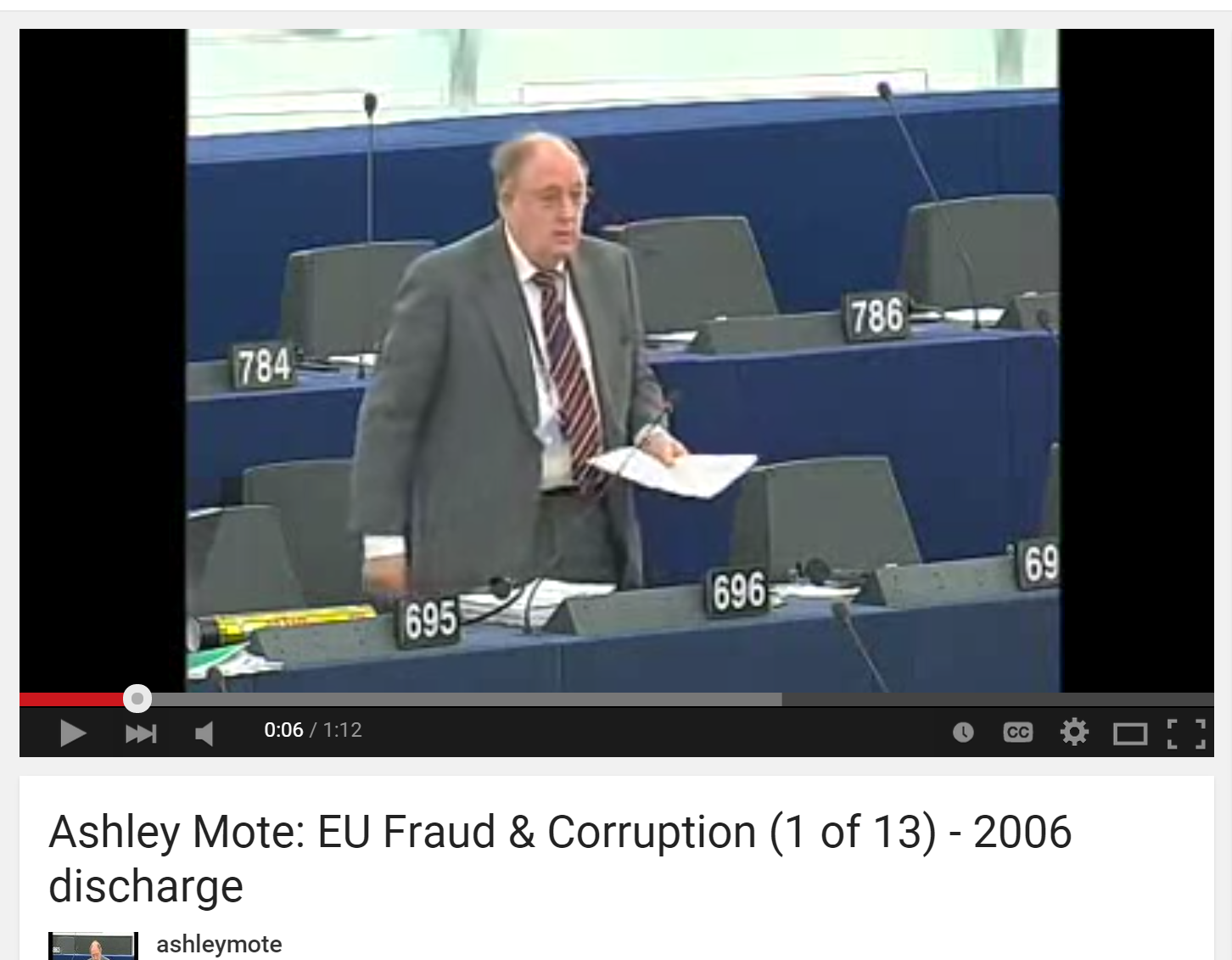 Justice Stewart Smith at Southwark Crown Court told Mote on July 13, “Your greed and dishonesty were matched only by your hypocrisy because while this was going on you carried out a high-profile campaign condemning corruption and the improper use of public money in the very institution from which you were leeching it… As you came to towards the end of your time as an MEP you decided to milk what you saw as your cash cow to the limit.”

Prosecutor Jonathan Davies said during the trial that Mote “submitt(ed) false claims for payment for work which he said to the European Parliament had been done by organizations working on his behalf.”

Portmouth’s The News reported that prosecutors alleged Mote falsely claimed £ 5,000 (US$ 7,800) a month for work he claimed was carried out by Estonia-based company ICOS (Information Centrum Owned State). They said he set up a Danish bank account under the similar name of “Information Centrim OS” for funds from the European Parliament to be paid into, obtaining approximately € 355,000 (US$ 384,000).

They also established he used European Parliament funds to pay his legal defense bills in a UK benefit fraud prosecution that pre-dated his election to public office.

On his website, Mote claims his prosecution was politically motivated and insists he is innocent of all charges.  He says that the verdict “surprised and shocked” his legal team, and an appeal is planned.