Leaked email exchanges indicate Hacking Team gave permission for its spyware to be ‘presented and promoted’ to the secret police of Turkmenistan.

“Turkmenistan remains one of the world’s most repressive countries, with a disastrous human rights record. President Gurbanguly Berdymukhamedov – re-elected in 2012 -- his relatives, and their associates, maintain unlimited control over all aspects of public life (including a) total absence of media freedom...”

In September 2012, Vytas Celiesius, a sales manager at Dubai-based software firm RCS MEA JLT, contacted Hacking Team’s Mario Bettini, writing “Hello, it was nice to discuss about the possibility to resell HT equipment. As we discussed, let me provide you information on the end customer and what is needed at the moment. The end customer: Ministry of National Security of Turkmenistan, Military Unit 42144.” 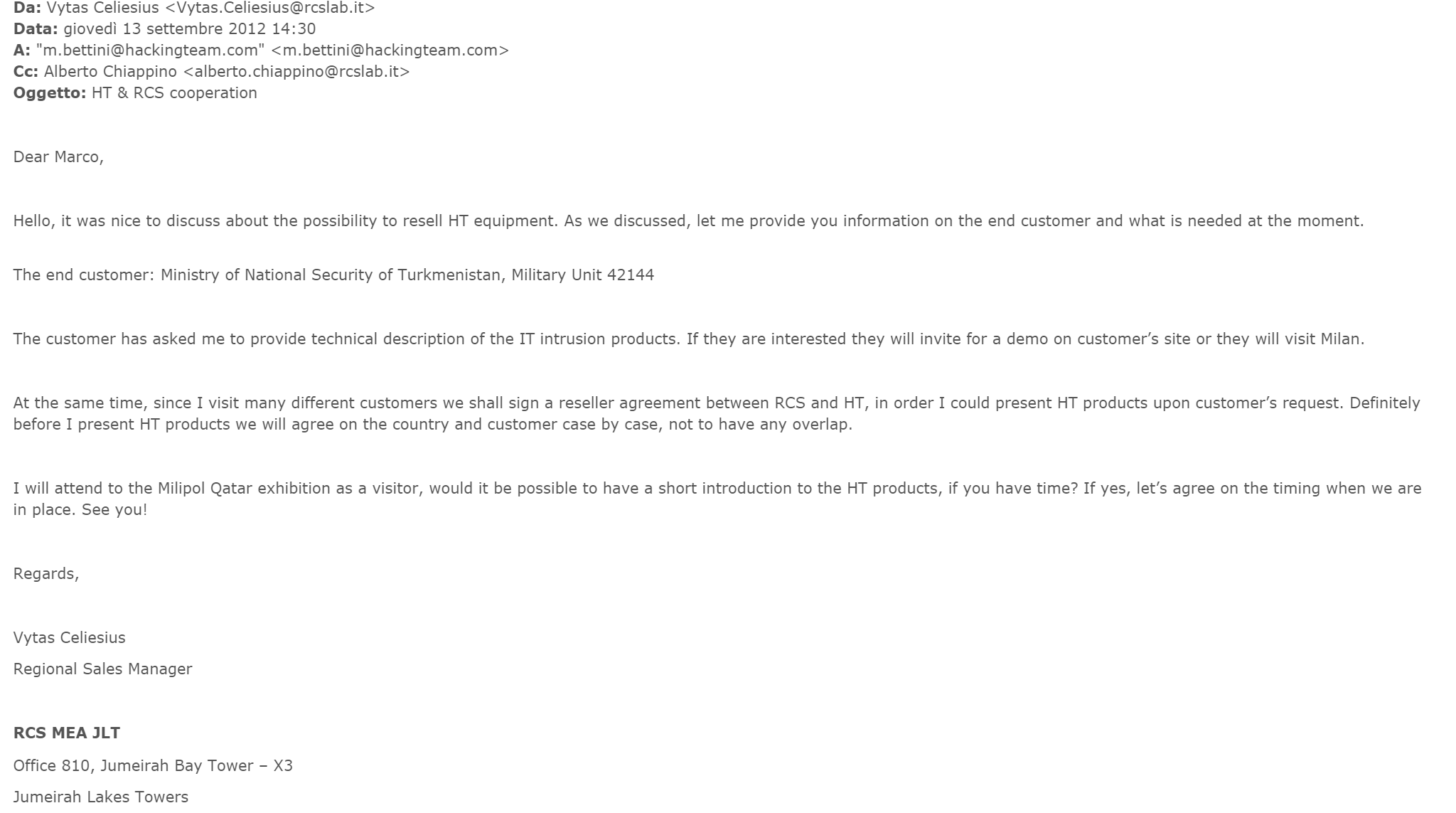 The ministry had a documented history of abusive behaviour. Freedom Now, a human rights group chaired by Vaclav Havel and Desmond Tutu, told the Office of the United Nations’ High Commissioner For Human Rights that the ministry tortured two journalists in 2006: “At the Ministry of National Security pre-trial detention center, both men were held in unbearable conditions, suffering humiliation at the hands of prison guards and officials from the special services of Turkmenistan.

“Eleven people were held in a cell with an area of six square meters and both men were denied food, clothing, medical attention, use of the lavatory, and other essentials. Temperatures reached 50 degrees centigrade and both men suffered unbearable thirst. They have been administered psychotropic drugs, beaten, intimidated, and threatened with harm to their families if they did not cooperate.”

Despite this, Hacking Team’s Bettini told the Dubai intermediary, “You have the green light to present and promote our solution to the end user in Turkmenistan... In case of interest we will proceed with a live demonstration in Milan or at customer site.” 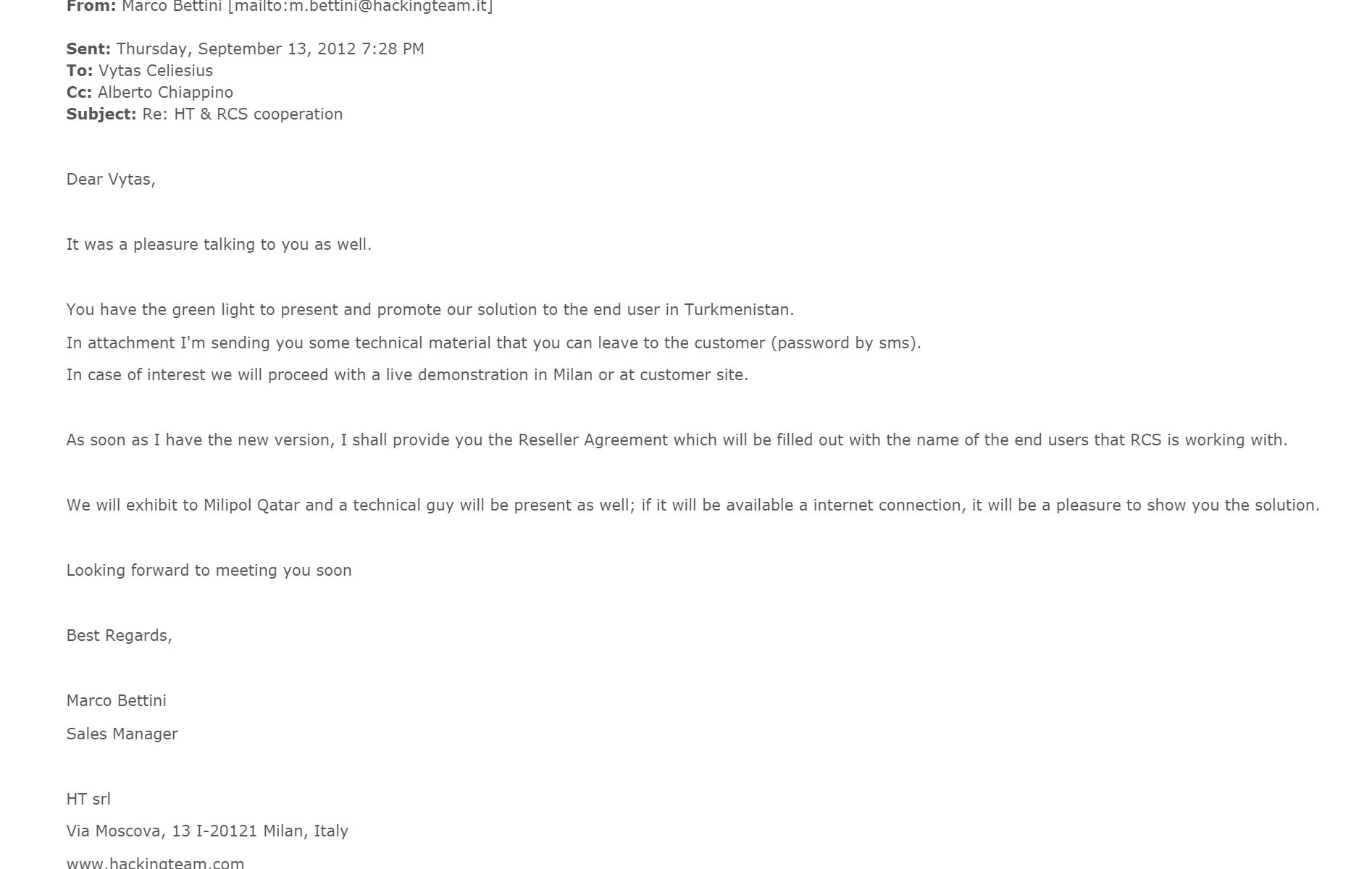 This was not the only time Hacking Team was offered contact with the Turkmen spy service. In 2013, Reuven Elazar, from the Israeli tech company NICE, wrote to HT’s Massimiliano Luppi, offering him contact with a prospective client for the spyware, saying, “The (end user) in Turkmenistan asked us to send a proposal + product description for lawful hacking solution, we should send the material in Russian by 19/6”. Elazar later clarifies that the end user is the “ministry of national security, not MOI  [Interior Ministry]”. While Hacking Team gives technical data, the contacts apparently did not result in a sale.