A bank in Crimea lost its banking licence today over repeated violations of an anti-money laundering law. 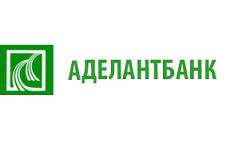 The Central Bank said that Adelantbank was involved in “suspicious transactions” abroad, as well as “questionable transit operations.”

Adelantbank was one of the Crimean banks investigated by OCCRP earlier this year in connection to money laundering.

According to the investigation, some of the banks that began operating in Crimea following Russia’s annexation of the peninsula were better known for laundering money than for banking.

The Moscow-based bank was founded in 1992 as Lesopromishlenniy bank, but changed its name to Adelantbank in 2012.

One of Adelantbank’s owners, Maxim Lipskiy, held a significant stake in another bank, Sovinkom. In 2014, the Central Bank revoked Sovinkom’s licence for violation of various banking laws, including an anti-money laundering law.

An interim administration for Adelantbank has been appointed.