Russian anti-corruption activist Dmitry Taralov was attacked and beaten in the Far Eastern town of Magadan on Monday. 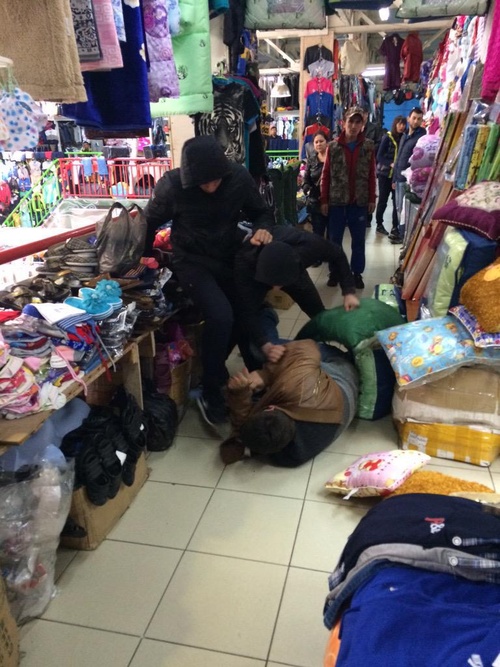 A photo of the alleged attack posted on Navalny's website, no details givenThe attack reportedly took place in broad daylight as Taralov, who is close to opposition leader Alexei Navalny, was attacked in a marketplace by two hooded men.  According to Navalny, the anti-corruption activist was hospitalized after suffering a concussion and several broken teeth.

Taralov was in Magadan campaigning for Navalny’s Progress Party in the upcoming regional elections. Magadan was a major transit point for prisoners heading to labor camps during the Stalin era.

Taralov coordinates the ROSZHKH (РосЖКХ) project, an initiative that would let Russians hold authorities to account for poor housing conditions.

In a post on his website, Navalny accuses local authorities of orchestrating the attack and posted a photo of the attack, apparently taken as it was occurring. The attackers’ faces cannot be seen.

Navalny is one of the few political figures opposing incumbent President Vladimir Putin and has been arrested by Russian authorities on several occasions. Following his conviction for embezzlement in July 2013, Russian human rights organization Memorial recognized him as a political prisoner.