Russian State Assets To Be Seized in France and Belgium

France and Belgium have moved to seize Russian state assets in connection with the Yukos shareholders’ case against the Russian Federation, Forbes Russia reports. 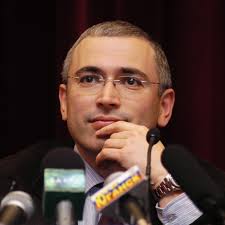 Mikhail KhodorkovskyBelgium was first to act on Wednesday, followed by France the next day.

On Wednesday, Belgian bailiffs notified all Russian companies and organizations in Belgium, including the Russian Orthodox Church, that Russian government assets were subject to seizure, TV Channel Rain reports. Diplomatic missions are exempt.

The Russian organizations were given 15 days to register any Russian state assets on hand.

Radio Free Europe reports that the action in Belgium stemmed from a decision last July by an arbitration court awarding € 1.6 billion (US$ 1.8 billion) to Yukos Universal Limited, some of the oil company’s former shareholders.

Reports that France has also moved to seize Russian assets were confirmed Thursday by Russian presidential aide Andrei Belousov, who was quoted in RIA Novosti saying, “We will challenge these decisions in France, in Belgium and in all countries.”

In July 2014, the Permanent Court of Arbitration ruled that Russia violated the 1991 international Energy Charter in its expropriation of Yukos’ assets in 2004.

The court ordered Russia to pay US$ 50 billion to former Yukos shareholders.

A month earlier, the European Court of Human Rights (ECHR) had ordered Russia to pay Yukos shareholders € 1.86 billion (US$ 2.1 billion) in damages.

According to Forbes Russia, the Russian Federation considers both decisions illegal.

Speaking to Reuters, Tim Osborne, director of the GML group which filed the claim against Russia on behalf of the five main former Yukos shareholders, stated that the group sought to force authorities in Britain, the United States, Belgium and France to freeze the assets because they knew it would be difficult to get Moscow to pay.

On Thursday the Russian Foreign Ministry summoned the Belgian ambassador.

In a statement, the ministry said that if Belgium did not reverse the seizures, Russia would be “forced to consider an appropriate response with regard to the property of the Kingdom of Belgium in Russia”.

Yukos, a Russian oil and gas company, was dismantled by the Russian state following the 2003 arrest of its owner, Mikhail Khodorkovsky, for fraud and tax evasion.

Most of Yukos’ assets were absorbed by state-owned Russian oil company Rosneft.

After serving 10 years in prison, the former oligarch turned pro-democracy activist was pardoned by Russian President Vladimir Putin in December 2013.

Calling the seizures a landmark event, Khodorkovsky said on Friday that this is “a sign that robbery will not go unpunished, however all-powerful the robber may seem”.