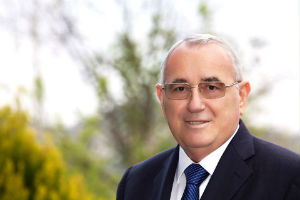 Qazim Sejdini. Pic: FacebookAlbanian media have released a recording of a mayor warning journalists that they could be fired if they ask difficult questions during interviews.

The video, published on Wednesday by ABC News TV, shows the mayor of the central Albanian town of Elbasan, Qazim Sejdini, warning journalists that they should “follow the interests of your owner”.

During the video, which is just over a minute long, Sejdini claims that one unnamed journalist in particular was fired for not toeing the line, saying, “I warned her. Now she is jobless.”

According to Albanian news agency Panorama, Sejdini has claimed that the conversation took place last year and was meant to be off the record. The mayor said that his comments were taken out of context and politically exploited.

When approached by the Balkan Investigative Reporting Network (BIRN) for comment Sejdini, who is running for a third term as mayor in Albania’s upcoming local elections, did not respond.

Albania, which was ranked 85 out of 180 countries in the 2014 World Press Freedom Index, has struggled with media freedom since its transition to democracy in the early 1990s.

Balkan Insight reports that many media outlets are owned by construction firms which have to cozy up to town mayors to win construction permits. This means that journalists are often forced self-censor to retain their jobs.

Hahn added that “more efforts are needed to ensure the political and financial independence of public service broadcasters”.

The release of the video is the latest in a string of controversies that have marred the upcoming elections in Albania.

On June 17, Balkan Insight ran an investigation claiming that at least three of the candidates running for office in the elections have criminal records.

Local elections are scheduled to take place on Sunday.