The International Police Organization (Interpol) has held a two-day meeting attended by investigators from 22 countries to discuss how to stop a notorious group of jewelry thieves responsible for hundreds of high-profile heists worldwide over the past decade. 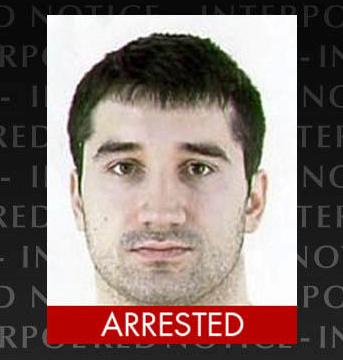 Borko IlincicOn Wednesday, June 10, Interpol gathered nearly 60 specialists to tackle the Pink Panther criminal nework. Investigators believe that the network is made up of about 800 members, many from the former Yugoslavia. They say the group has stolen jewelery worth about 334 million euros (US$ 378 million) during 380 robberies commited in 35 countries since 1999.

Interpol launched its Pink Panthers Project back in 2007, building a database of DNA, fingerprints and photos with which law enforcement agencies worldwide could identify, locate and arrest suspected members.

The project saw some successes, including the arrest of Borko Ilincic – suspected to be a key member of the gang – who was detained in Spain in 2014. Interpol issued a red notice letter for the capture of Ilincic after receiving a request from the United Arab Emirates, linked to a 2007 robbery – when some members of the group stole jewelry worth US$ 3.4 million from a shopping center,making a movie-like escape by jumping into luxurious display cars and driving them out of the mall through the windows.

The group is also responsible for the biggest jewelery theft in Japanese history to date in which, according to BBC, about US$ 30 million of jewelry was swiped from a shop in Tokyo in March 2004. A necklace they stole, known as the Countess of Vendome, is reportedly worth US$ 21 million alone. The culprits were caught and sentenced.

Last week, on June 2, Croatian police in cooperation with law enforcement from Serbia, Austria and Germany arrested six alleged Pink Panthers aged from 28 to 46 in Zagreb. Three of the suspects are Serb, two are Bosnian and one is from Montenegro.

Police charged them with organizing a criminal group and the illegal possesion of firearms, having uncovered a stash of weapons in raids. Authorities suspect the group was planning a heist. Apart from the weapons, they found fake police uniforms, walkie-talkies, tools for cutting metal along with two Audi A6 cars that had been reported stolen. Police believe they were would-be getaway cars.

The group has achieved almost mythical status in former Yugoslav countries as a result of having run rings around local and international police forces for years. Their story is told in a 2013 documentary called Smash and Grab: The Story of The Pink Panthers. The Guardian names them the world's best diamond thieves.

The group is highly organized, performing its heists in record times and usually using bold disguises, for instance dressing up as women. They were able to organize several prison breaks for members who wound up behind bars.