European Union authorities have arrested 26 people they suspect of running an organized crime network that bought and sold illegal horsemeat across EU borders. 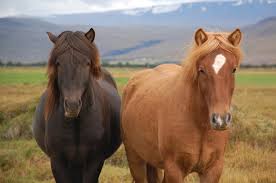 The 26 suspects, whose identities have not been released, have allegedly been falsifying paperwork and veterinary health documentation in order to distribute horsemeat judged unfit for human consumption into legal food chains in EU countries.

The case unfolded during 2013, when EU health authorities discovered that horsemeat was being fraudulently sold as beef in prepared foods across EU countries, and an investigation was launched.

The main suspect in the case, a Belgian national, had been under investigation by Belgian authorities since late 2012. When France started to investigate the issue in 2013, the two investigations revealed an organized crime ring that connects individuals from other EU member states including the Netherlands, Ireland and the United Kingdom.

The EU sets strict standards on which animals may be safely slaughtered for human consumption. Legislation requires horses to be microchipped and issued horse «passports» that identify where they were born and their medical history, including what drugs they have been given. Some drugs commonly used on horses are unsafe for human consumption.

More than 200 officers from various EU police forces searched dozens of commercial and private premises on Friday. Apart from the arrests, they seized more than 800 horse passports, about US$ 40,000 cash, medication, computer equipment and a number of microchips.

French authorities estimate that about 4,700 horses unfit for human consumption were slaughtered for meat between 2010 and 2013.