The Uzbek prosecutor general who charged President Islam Karimov’s daughter with crimes has resigned or was unexpectedly reassigned on April 20 and replaced with a presidential advisor. 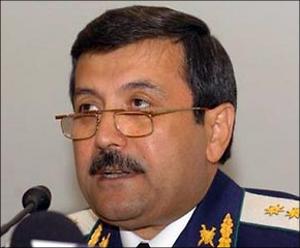 Rashid QodirovThe firing of Rashid Qodirov, 63, may be part of an internal power struggle in Uzbekistan and could herald the expected process of resuscitating the reputation of daughter Gulnara Karimova.  Qodirov charged Karimova last year with organized crime activities claiming she had caused more than US$ 53 million in damages to the state budget.

OCCRP reported earlier this month that Karimova had been paid more than US$ 1 billion by Russian and Scandinavian mobile phone operators to get licenses in Uzbekistan.

Qodirov is a former KGB officer who was on his fourth term as prosecutor general. He had served 15 years before he was abruptly moved to the Constitutional Court of Uzbekistan, an institution that has almost no significance in the country’s politics.

Qodirov, according to sources quoted in Ozodlik news, was on vacation when he was urgently and unexpectedly summoned to the presidential administration and asked to write a resignation letter.

The sources initially said Qodirov had retired, but officials announced the next day the former prosecutor had been made a judge on the Constitutional Court.

In autocratic, post-Soviet republics like Uzbekistan, such transfers from a key position usually indicate someone has fallen out of favor.  Qodirov, one of the longest serving members of the inner circle of the Karimov regime, was viewed as a loyal ally of President Karimov since 2000. His transfer to the court, which does very little work, is seen as a serious demotion.

A source told Ozodlik his dismissal could be due to allegations against his son Alisher Qodirov, who operates retail luxury stores and a healthcare supply firm in Uzbekistan. Alisher Qodirov is suspected of using his father’s influence to force out competition and get state contracts.

The Qodirov family owns significant real estate properties in Latvia, according to the country’s registrars. Independent media estimate the family has amassed $1.5 billion in wealth during  Rashid Qodirov’s years in office.

Other sources told Ozodlik that Qodirov lost a power struggle to another important insider Rustam Inoyatov, the head of the country’s powerful National Security Service, who might have orchestrated Qodirov’s removal. Inoyatov, 70, has held his post since 1995, and allegedly saw Qodirov as a rival. Qodirov was known to be one of the few people with direct access to President Karimov.

His dismissal comes just weeks after Karimov’s reelection.  Even though the constitution limits presidents to two terms, Karimov has run the country now for 26 years.

Six months ago, the Prosecutor General’s office had launched an investigation into Gulnara Karimova’s business dealings and charged her with fraud and organized crime activities. The criminal case was seen by many as attempt to safeguard Gulnara from prosecutions in several European countries and ensure the return to Uzbekistan of almost US$1 billion frozen in various European banks.  So far, these efforts have not worked.

The newly appointed prosecutor general, Ikhtiyor Abdullayev, 48, has previously served as a presidential advisor and does not have a background in security, law enforcement or investigations.