Darius Valcov, the former finance minister of Romania, has admitted to prosecutors that he had accepted at least € 1.5 million (US$ 1.6 million) in bribes from several companies in 2012. 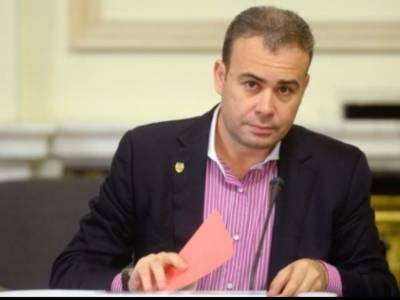 Darius ValcovHis admission comes after weeks of summonses and meetings with the prosecutors from the  Romanian Anti-Corruption Directorate (DNA). Investigators arrested Valcov after discovering a cache of hidden loot, including paintings by Pablo Picasso and Pierre-August Renoir and three kilos (6.6 pounds) of gold bars.

Valcov has been in custody since his arrest was ordered by the Romanian High Court for Cassation and Justice (ICCJ) on April 2, according to the Associated Press.

Valcov resigned as minister on March 15 after being charged with accepting € 2 million (US$ 2.1 million) in bribes in return for helping a firm win public works contracts during his time as mayor of Slatina. He has been replaced by member of Parliament Eugen Teodorovici, 43, the Minister of European Funds since 2012, Balkan Insight reports.

Romania has been under increasing pressure from European financial institutions to tackle the country’s widespread corruption. According to United Press International, in 2014 Romania saw convictions of graft for a former prime minister, 24 mayors, five members of Parliament, and two former government ministers.