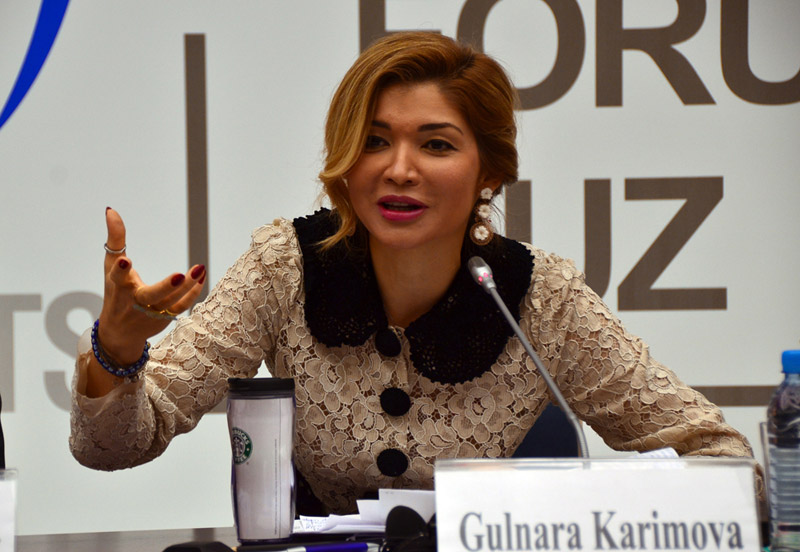 Gulnara KarimovaThe United States Department of Justice has asked Swedish authorities to freeze US$ 30.4 million in assets controlled by Gulnara Karimova, the elder daughter of President of Uzebekistan Islam Karimov, according to documents filed on March 20.

The request to restrain the funds, which were deposited at Nordea Bank in Sweden by the Gibraltar-based firm Takilant Limited, was made on March 20 as a preliminary step towards forfeiture under US law.

The official request followed the issue of a warrant earlier that day by the US District Court for the Southern District of New York which authorized the seizure of assets stashed in Sweden after finding probable cause to believe they were the proceeds of crime or linked to money laundering.

Takilant is a holding company used by Karimova in a series of deals involving mobile phone companies which paid more than US$ 1 billion to her in return for lucrative licenses and other questionable services, as reported by OCCRP and partner organizations in a series of investigations since 2012.

A US probe launched in 2013 is investigating whether Scandinavian and Russian telecom firms VimpelCom, MTS, and TeliaSonera paid bribes to Uzbek officials to obtain mobile telecoms business in Uzbekistan, and that funds involved in the scheme were laundered through shell companies and bank accounts around the world, including in Sweden, to hide their illicit origins.

Karimova’s telecoms dealings first came to light in a 2012 story by Swedish public broadcaster Sveriges Television, followed by stories from the TT News Agency and Norwegian weekly Klassekampen, all in collaboration with OCCRP. They showed how telecom operators paid millions to Karimova in return for licenses to be mobile phone operators in Uzbekistan.

A new OCCRP investigation published in March revealed that Karimova was far greedier than previously reported, and the scale of her alleged corruption far wider. New financial records obtained by OCCRP showed how Karimova received more than US$ 1 billion in payments and ownership shares in international telecom-related companies. TeliaSonera paid US$ 381 million and promised an additional US$ 75 million; VimpelCom and its Russian mother company Alfa Telecom paid US$ 176 million; and the Russian giant MTS paid US$ 350 million.

The final sum Karimova received through telecoms deals could be even higher, since not all records related to her activities are available, and Takilant was not the only company through which she received money.