The US Department of State has announced US$ 3 million in rewards for tips that would help them arrest two alleged leaders of an online cybercrime syndicate responsible for US$ 50 million of financial losses worldwide. 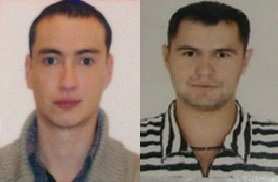 The Department of State has offered US$2 million for information that would lead to the capture of Zolotarev, alias “Admin”, the alleged kingpin of the transnational cybercrime gang.

Lopatin, alias “Graf”, is thought to have been the website moderator. US$ 1 million is offered for tips about him.

Both are accused of racketeering and trafficking in fake identity documents, and are thought to live in Russia.

Prosecutors say Carder.su was a powerful tool for those seeking to buy stolen data and exchange their expertise in online scams. Run mostly by cybercriminals living in former Soviet Union countries, it was set up in 2005 and at its peak counted 7,000 members worldwide.

The first major crackdown on the organization, “Operation Free Market”, was launched in March 2012, when 19 alleged members were arrested. Of the 55 people charged over Carder.su in four separate indictments, 30 have been convicted to date. The other 25 are either pending trial or fugitives.