Thousands of opposition activists took to the streets in Tirana on Thursday, as Albania’s government sank further into a row over accusations that the speaker of Parliament ordered hits on two MPs. 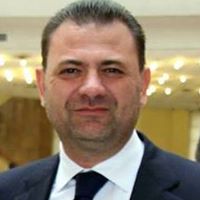 The protesters demanded the resignation of Ilir Meta, who is at the center of accusations made last week by MP Tom Doshi that Meta had paid an assassin €600,000 (US$ 640,000) to kill Doshi along with opposition MP Mhill Fufin.

A plenary session was postponed as opposition politicians refused to attend in protest, calling on Meta to quit.

“There can be no order and security when the government rules alongside crime. In Albania, crime had never had stronger links with government than it does now,” said Lulzim Basha, head of the opposition Democratic Party of Albania.

During the turmoil, the United States embassy in Albania postponed the first meeting of the US-Albania Parliamentary Friendship Group on March 10.

Doshi made the accusations against Meta on March 2, shortly after his expulsion from the ruling Socialist Party the same day over previous anti-government comments he had made, particularly criticizing Albania’s prime minister, Edi Rama.

Prime Minister Rama, of the ruling Socialist Party, spoke out against Doshi’s claims.

“With his accusation, Doshi has damaged the dignity of this parliamentary group and government,” said Rama.

The US embassy welcomed the expulsion of Doshi from the Socialist party, pointing to allegations that he is linked to crime and corruption.

Doshi has a controversial past. He is claimed to have assaulted BIRN Albania editor Besar Likmeta in 2008. Likmeta was interviewing Doshi in a hotel bar about the authenticity of his law degree.

The prosecutor’s office has launched an investigation to examine the assassination attempt allegations. It has requested statements from Meta, Fufi, and Prime Minister Edi Rama along with several senior officials and two other MPs.