Customs officers seized more than  30 kilograms of heroin Tuesday, worth more than 40 million lev (US $2.2 million), in Kapitan Andreevo in southern Bulgaria. 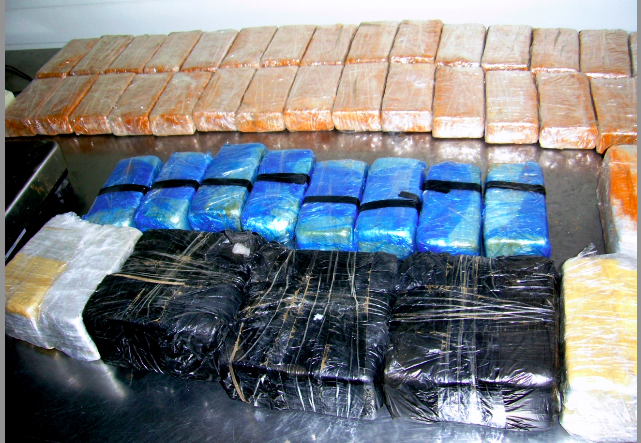 The seized heroinOfficials stopped a BMW carrying two British citizens at the border with Turkey and found 45 packages of powder stashed in a secret compartment. They arrested the two men and seized the car.

The National Customs Agency of Bulgaria reports the pair had traveled from Iran via Turkey to Bulgaria. They were reportedly carrying 34.217 kilograms of heroin.

According to a report by the United Nations Office on Drugs and Crime, this is an unusually large amount of heroin for a single seizure. The average seizure of heroin in the Balkans is 10 kilograms, with larger amounts (up to 25 kilograms) typically seized in Southeastern and Eastern Europe.

Total heroin seized in Southeastern Europe in 2012 was 930 kilograms. From 2011 to 2012, two-thirds of seizures for that region took place in Bulgaria and Greece.

The UNODC estimated the 2012 market price of heroin in Bulgaria to be US $20,700 per kilogram, while the total value of the world heroin market was US $55 billion.