Amnesty International’s report for 2014 has condemned the response of the international community to worsening human rights abuses across the globe. 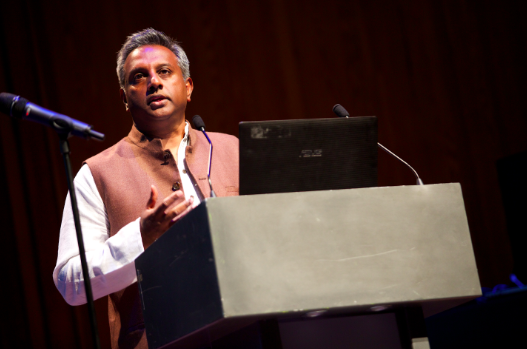 AI Secretary-General Salil ShettyAmnesty, which released its annual report yesterday, said last year marked a nadir in the global state of human rights that was not due simply to a stalling of progress, but a “regression”.

The report is highly critical of Azerbaijan’s government over its silencing of critics, particularly the currently-jailed OCCRP and Radio Free Europe-Radio Liberty journalist Khadija Ismayilova, whom Amnesty has named a prisoner of conscience. Ismayilova was targeted by authorities after publishing investigations into corruption amongst the oil-rich country’s political elite.

More generally, the report decries the widespread harassment of independent journalists in Azerbaijan that culminated in a raid on the Radio Free Europe-Radio Liberty offices by the Prosecutor’s office in December 2014.

Russia’s crackdown on freedom of expression also came under fire. Amnesty condemned the harassment of independent media and opposition activists, including the shutdown of Dozhd TV, which was forced out of its office as officials cited commercial reasons. It was taken off-air in January 2014 following a debate concerning a contentious point of World War II history.

The trial of dissident Alexei Navalny and his brother, widely believed to have been politically motivated, was also cited in Amnesty’s report.

The Hungarian government was criticized for targeting foreign-funded non-governmental organizations. It has conducted audits and investigations into 59 NGOs in the past year.

According to Deutsche Welle, Amnesty International Secretary-General Salil Shetty had sharp criticism for the wealthiest nations of the world who pay only “lip service” to repressions in countries from Ukraine and Russia to Israel, Nigeria, Bolivia, the Bahamas, and Canada, where it has found the rights of indigenous people being ignored.

"As people suffered an escalation in barbarous attacks and repression, the international community has been found wanting," said Shetty in a statement.

The report also pointed to the admission by US President Obama that the CIA had used torture after the September 11th, 2001 terror attacks, which according to Amnesty has not been followed by any “remedy” for the crimes.