A company owned by the sister and brother-in-law of the Romanian Prime Minister Victor Ponta was among 14 locations raided by anti-corruption officials Tuesday morning. 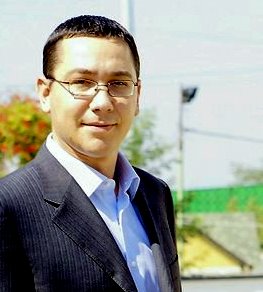 Victor PontaAccording to Mediafax Newswire, prosecutors suspect that several companies including SC Exfin Ltd, which is run by Ponta's brother-in-law Iulian Hertanu and his wife Alexandra, were involved in embezzling an estimated US$ 2 million from a European Union-funded project.

The sum represents 54 percent of the overall budget of a program to improve sewer infrastructure in the mountain town of Azuga, Prahova.

Investigators searched the company headquarters and raided the Hertanu family home. The companies are also suspected of tax evasion to the tune of approximately US$640,000.

According to Prime Minister Ponta's Twitter account, he knew nothing of the investigation. Tuesday morning he tweeted that it would be wrong for him to comment on the case. “The law must be equal for all,” he wrote.