Two former senior ministers in Romania have been jailed for treason and commercial espionage in a case involving the privatization of state assets. 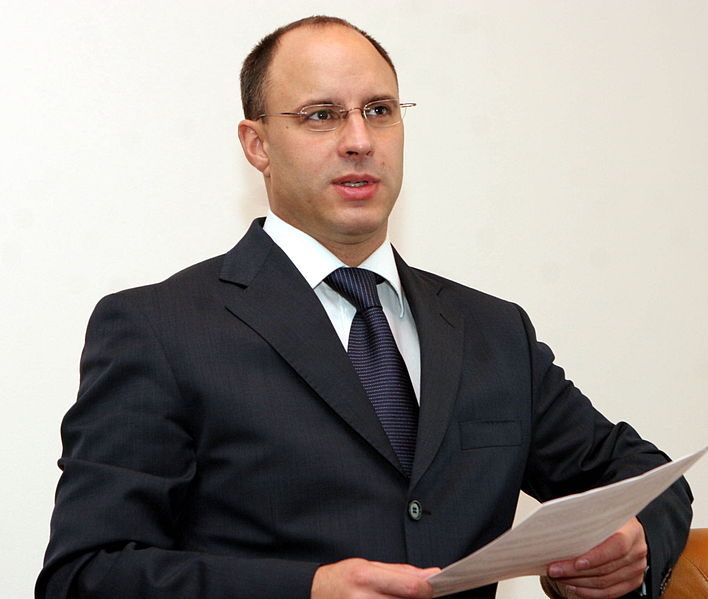 Seres, Nagy, and eight others were convicted of giving insider information to international consultants and companies in 2005 and 2006 regarding the sale of Romanian state telecom and energy companies. One of the sales involved an eight percent share of Petrom, the largest oil and gas producer in southeast Europe.

Seres, 45, was sentenced to four years and eight months for establishing a criminal organization and repeatedly disclosing state secrets in a plot that targeted several planned privatizations. Seres was dismissed as economy minister by President Traian Basescu in December 2006 when the allegations surfaced, although he continued to serve as a member of the Romanian parliament until 2008.

Nagy was sentenced to four years for establishing a criminal organization. He had been suspended as minister in June 2007 after criminal proceedings were launched against him.

The Romanian parliament won OCCRP’s Person of the Year Award in 2013 for amending the criminal code to grant immunity to its members and other elected government officials. The amendments were later thrown out by the Romanian Constitutional Court.

Transitions Online, an independent media non-profit, said the convictions of the former ministers constituted the highest-level anti-corruption case in Romania since former prime minister Adrian Nastase was jailed in a 2012 graft trial.