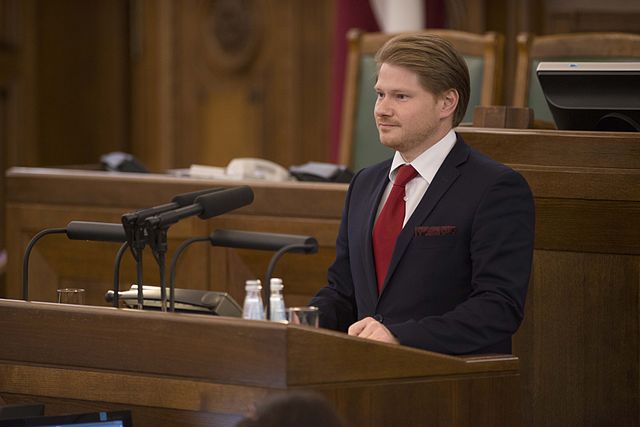 Financial police arrested seven people on Wednesday, including the wife of a member of parliament, on suspicion of cooking the firm’s books in a scheme that allegedly benefited them US$ 870,000 a month.

The suspects were held in connection with tax fraud and a scheme to underreport earnings. At least two other people were taken into protective custody.

Officers of the State Revenue Service (SRS) searched 30 locations, including the offices of catering company Lage Ko, its subsidiary Gan Bei, and an unidentified cash register manufacturer. Gan Bei, which serves Japanese, Indian and Thai-inspired cuisine, has ten outlets in and around the capital, Riga.

Kaspars Podins, chief of the SRS, said at a press briefing that the cash register company under investigation had offered software to its clients that let them fake having lower amounts of money in the registers, allowing them to skim off the remainder. The suspects, he said, had kept some of the cash for themselves and used the rest to pay employees under the table.

Police also received parliamentary approval to search the house of MP Sergejs Potapkins, whose wife Galina Karmaca is a co-owner of Lage Ko and is one of the arrestees. When asked about the case, Potapkins complained of “political speculation.”

SRS General Director Kaspars Cerneckis said that evidence obtained in the investigation could result in additional charges against other retail and service companies.

Lage Ko confirmed to the news agency LETA that all Gan Bei locations have now reopened.