Pressure grew on the president of Ghana this week to launch a public inquiry into alleged connections between his own circle and a Ghanaian woman arrested in a drug bust in the UK.

Nayele Ametefe was arrested on Nov. 9 at London Heathrow Airport on suspicion of importing 12.5 kg of cocaine. She had travelled from Accra.

Dominic Nitiwul, a member of the Ghanaian opposition New Patriotic Party (NPP) brought three bags of rice weighing 13 kg into parliament on Nov. 25 and asked how around the same amount of cocaine could have been smuggled past security at Accra’s Kotoka airport.

Members of the NPP have called for a parliamentary inquiry into whether she had access to the “presidential lounge” at the airport, reports the BBC. 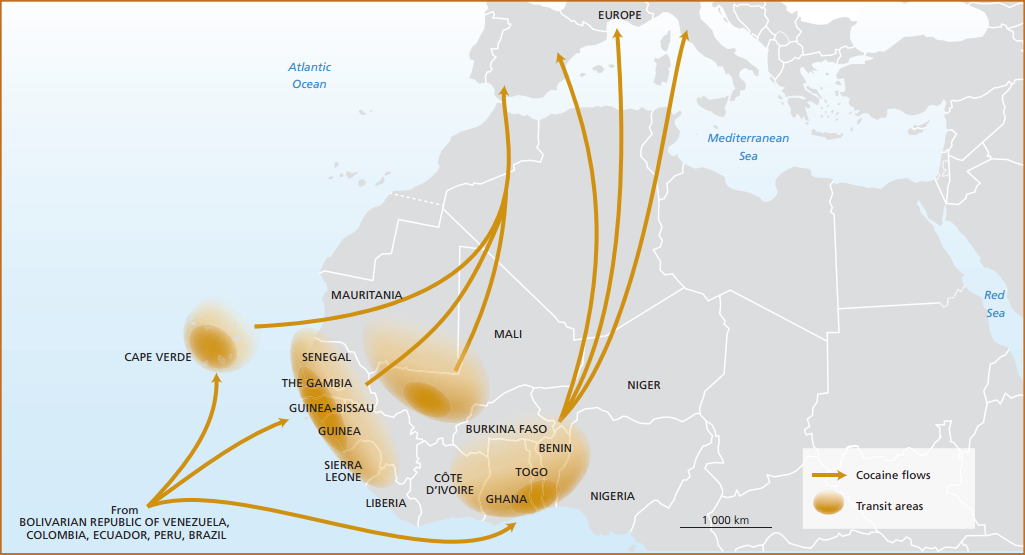 President John Mahama, of the ruling National Democratic Congress has denied rumors that his family was connected to Ametefe. The BBC reports that Ghanaian authorities have arrested twelve people in connection to the case, including three foreign affairs officials charged with giving Ametefe access to the airport lounge.

The Chronicle, a local news site, reported that Richard Nii Lante Blankson, the director of the Narcotics Control Board (NACOB), issued a statement claiming that Ametefe’s arrest was the result of cooperation between NACOB and authorities in the UK.

However, the British High Commission in Ghana issued a statement in response to The Chronicle, saying that UK authorities were not tipped off by NACOB and that whenever the two countries work together, an arrest would be made in Ghana before a smuggler boarded their flight. President Mahama dissolved NACOB’s 17-member governing board in response.

“I cannot understand why the dissolution took place,” protested Baffour Assasie-Gyimah, the board’s former chair. “Could it be a case of sacrificing a weak and innocent lamb to appease an angry and besieged god?”

West African countries such as Ghana are a key transit point in the trafficking of cocaine from Latin America to Europe. The UN Office on Drugs and Crime estimates that 50 tons of cocaine, valued at US$ 2 billion, are transported through West Africa each year.