Australia’s disgraced former minister, Eddie Obeid, is to be prosecuted along with fellow former Labor politician Ian Macdonald over charges of misconduct in office.

Obeid was found by an anti-corruption inquiry to have lobbied colleagues for restaurant contracts at the Circular Quay development in Sydney, without disclosing that his family owned them.

Obeid and Macdonald, both New South Wales politicians, were said in the 2012 inquiry to have practiced corruption “on a scale probably (unsurpassed) since the days of the Rum Corps,” a group that monopolized the liquor trade in the colonial era. 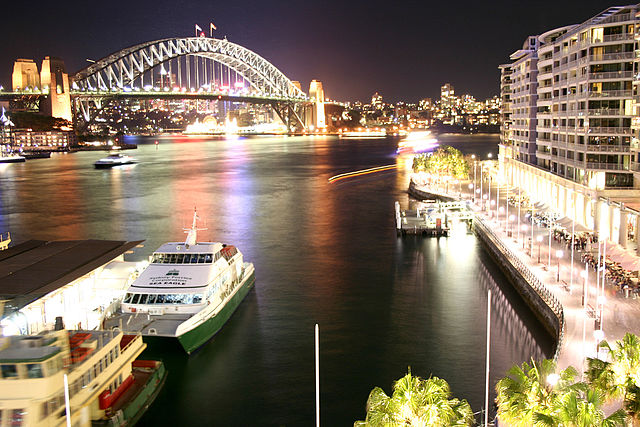 Obeid, dubbed “The Godfather” by Australian media, has previously dared officials to charge him; yesterday, the Independent Commission Against Corruption announced its decision to prosecute both.

Macdonald, known in political circles as “Sir Lunchalot,” stands accused of corruption involving a lucrative mining license at Doyle’s Creek in the Hunter Valley, which he allegedly granted to a former union boss against the advice of his department and apparently in payment for previously receiving the union chief’s help. Macdonald may also face charges for allegedly taking the services of a prostitute as payment for helping a property developer. The woman, called Tiffanie, said she found the liaison so disgusting that she wanted to vomit.

Obeid has been accused but cleared of corruption on numerous occasions. Kate McClymont of the Sydney Herald reported she was devastated by his successful defamation case against her, after a story she wrote suggested he had solicited a million-dollar party donation in return for pushing through a controversial development.

She claims she was followed and received threats after investigating financial records that allegedly trace ownership of the restaurants back to Obeid’s family.

According to McClymont, one letter said, "I tell you what, you put one word out of place and I will take you on again. You are a lowlife. I will go for you, for the jugular."

In June, Obeid reportedly gloated that he had a one percent chance of ever being charged.

Yesterday, after hearing of the decision to prosecute, Obeid said the allegations were the result of “sham inquiries” designed by the ICAC to “make [themselves] look good”.

Commentator Sean Nicholls of the Sydney Herald said that the court proceedings, which will be heard in December, come as a “Christmas gift” to the opposing Liberal party, since they will fall so close to the New South Wales state elections in March.